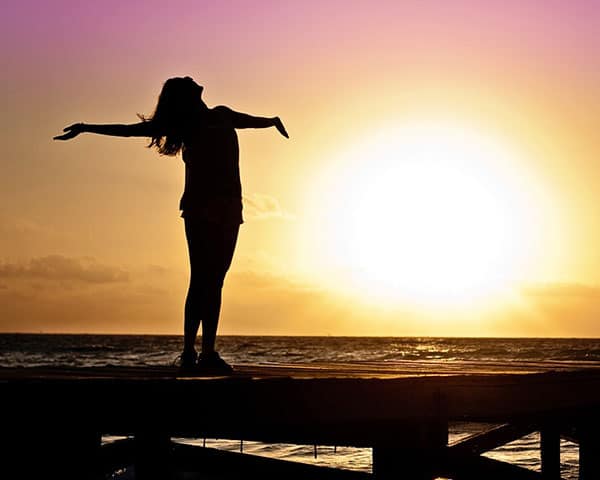 ‘Greater Than the Pain’, is the name of a documentary film by Saanvi Jitendra, where the 15-year-old shares the story of her journey battling scoliosis. Scoliosis is a condition in which the spine does not grow straight but has a curved shape or a sideward curvature.

Around five million people in India are estimated to be affected by scoliosis. That’s a huge number but not much is known about this condition, which leaves many struggling to find the right treatment or resources to cope with scoliosis. Scoliosis can be caused by conditions like cerebral palsy, but the cause in most cases is unknown.

It is this cloud that Saanvi Jitendra seeks to lift in her film Greater Than the Pain, which is soon to be released on her YouTube channel Sincerely, Saanvi. Speaking to the newspaper Indian Express about her film, Saanvi said her aim through the film was to reach out to fellow scoliosis warriors as she calls them.

“I wanted as many people as possible and fellow scoliosis warriors to know that scoliosis is greater than just back pain, it is a fight against one’s own body. This was the turning point for me because I understood how scoliosis affects every single aspect of our lives. We fight mentally, socially, physically, and even spiritually. This is why we’re warriors. My ultimate goal is to shed light on all these aspects, the causes and the pain. I want people to know the truth behind scoliosis and ultimately spread awareness about it.”

In a country like India, where many people with disabilities fear talking openly about their condition feraing stigma, Saanvi’s approach is refreshing. She is active on social media and has an account on Instagram called @scolioqueen. “My fight with scoliosis has led me to believe that I have to help other warriors around the world and make people aware about scoliosis and other such chronic conditions”, she said in the interview.

Greater Than the Pain, will be out on YouTube later this week. In her film she has interviews with fellow scoliosis warriors from across India and the world. She also has an interview with her doctor Dr Ketan Khurjekar, who was tragically killed in a road accident earlier this year.

Saanvi was diagnosed with scoliosis when she was 12 years old. Scoliosis is a sideways curvature of the spine that occurs usually just before puberty. A mild curve in the spine may only affect the posture of a person and appearance while in severe cases it can have serious impact on the quality of life and cause health problems such as back pain, breathing issues, balance, heart issues, and fatigue.

Commonly found more in females than males, it can be detected at an early age. Even babies can have the condition. Dr Priyank Patel , the well-known Mumbai-based orthopaedic spine surgeon, says most people are not aware of treatment methods and suffer alone.

The advancement in medical science and technology is now making it possible to help patients with scoliosis in more effective ways than before. For patients who worry about the expense, there are free-of-cost treatments available at many hospitals. The only hurdle at present is the lack of awareness about the condition in people. Many times, parents tend to ignore the signs in a child and that may worsen the condition. It is vital to spread awareness about the benefits of early detection and provide the benefits of treatment to even the remotest parts of the country. – Dr Priyank Patel, Orthopaedic Spine Surgeon, The Spine Clinic