Deaf community demands inclusion of ISL to the Constitution 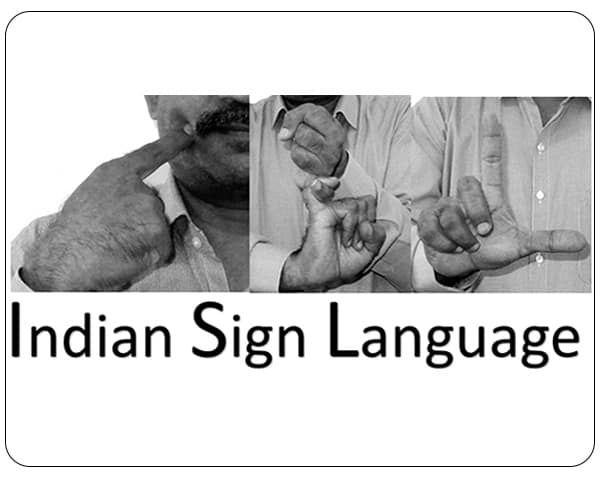 Around 18 million people in India are deaf and hard of hearing. Communication barrier remains a major hurdle in their development and causes them to lag in the fields of education and employment etc. To change this, the community is demanding that Indian sign language be recognised under the Constitution.

At present the Constitution of India has 22 official languages listed. The deaf community wants one more language to be added and that is the Indian sign language (ISL). They are lawmakers to make ISL the 23rd official language .

Towards this the National Association of the Deaf (NAD) has started a campaign just ahead of the ongoing Winter Session of Parliament. The aim of the campaign is to create awareness among people of the deaf community, educators, ISL teachers, and interpreters about the need to make ISL an official language.

The movement started by NAD hopes to reach to the lawmakers to make them realise the importance of Indian sign language in the lives of deaf people. Social media handles and tweets are being shared to raise a silent voice that can ensure that the parliament takes up the issue and passes the law for this inclusion.

The NAD is encouraging people to reach out the lawmakers and people who matter through social media.

As part of its efforts, NAD has also sent letters to the government and received assurance about a positive action. NAD President A S Naryanan however feels that it is not enough and it is important for people of the deaf community to come together and to let their demands be heard.

I urge deaf people to share on social media, write letters to local representatives and discuss around them about making ISL an official language. The winter session is going on and we can push the leaders to take a decision that will benefit all. A S Narayanan, President National Association of the Deaf-NAD

Not just NAD but various other organisations are also raising the demand for ISL to be officially recognised in all states.“To create a better future for deaf people, ISL should be added to the constitution. We also feel that amendments should be made to ensure that the rights of deaf people are protected across the country and that steps are taken to provide them equal opportunity. Deaf children need proper schools and youth need higher education and vocational trainings. These needs cannot be fulfilled without the use of Indian sign language as the means of communication,” says Pradeep More, General Secretary, State Level Association of the Deaf (SLAD) Maharashtra

Despite the high number of deaf people, the community has been struggling to find its place in the overall set up of the Indian society. This gap can be bridged by recognising ISL as the natural language used by deaf people in India.