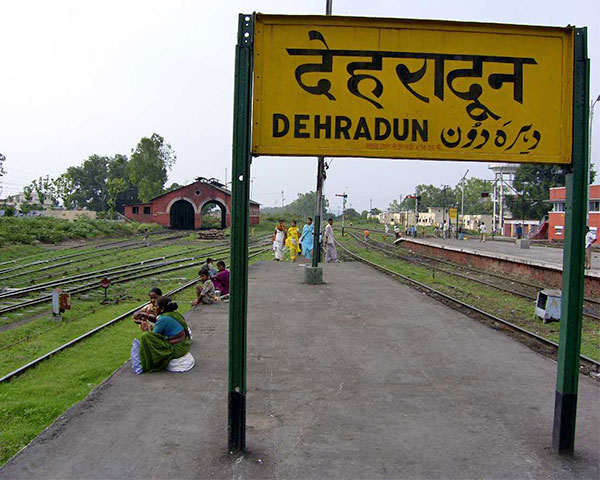 The newly renovated Dehradun railway station has much to offer to travellers. Now only does the station look bright and shining, it is completely accessible to visually impaired travellers.

Home to the National Institute for the Visually Handicapped (NIVH) and Sharpe Memorial Blind School, India’s oldest blind school for children, Dehradun has a sizeable population of visually impaired people.

Apart from the students at these centres, there are many blind and low vision people who visit the Uttarakhand capital to use the library facilities at the NIVH.

Now they can look forward to travelling by train comfortably. The newly renovated Dehradun Railway Station has been made accessible for visually impaired people with the introduction of signages and maps in Braille.

The Railways along with NGO Anuprayas took the initiative and started working on the accessibility aspect with CSR support last November. The work was completed by end 2019 but was kept under wraps until the station was fully upgraded. Speaking to the media, Arun Prakash, Divisional Railway Manager, confirmed the news and said, “Everywhere instructions have been put up in Braille so that visually challenged persons can understand”.

An extra platform was added during the renovation and that is the only facility that remains to be made accessible.

There are Braille platform indicators on the railings to help visually impaired people understand which platform they are on and where they are headed, signages for washrooms and ticket counters as well. There is also a Braille map that has been put up for people who are 100% blind and a printed map for people with low vision. The station has been reopened recently and we are working on making the new platform accessible by March end. – Shakti Cajla, Co-founder, NGO Anuprayas

Anuprayas collaborated with the Sharpe Memorial School in putting the accessibility features in place. “We partnered with the visually impaired students in the school and they have us constant feedback which helped us improve the facilities”, adds Shakti.

Sumana Samuel, Principal, Sharpe Memorial School, says the students went through all the Braille info cards that are on display at the station. “This will help the visually impaired community here enormously. We have a large number of students coming to the two centres here. There are many students coming here for research as well at the national library. This will certainly encourage more to come to Dehradun and is a good initiative”.