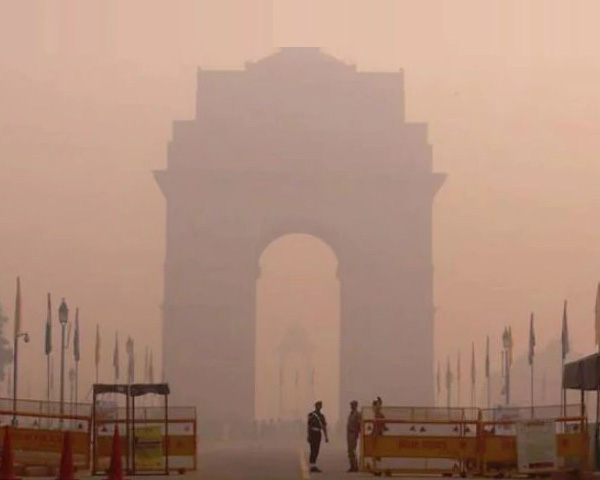 With wind speeds likely to pick up today there may be some improvement in Delhi’s air quality from today. Pollution levels had dropped into the severe zone for three days in a row, leading to schools being shut for three days. Government agencies had warned that pollution levels in the national capital would worsen to nearly ‘emergency’ zone levels.

The air quality index (AQI), calculated by the Central Pollution Control Board (CPCB) on Thursday was 463, higher than 456 on Wednesday.

The Delhi government has said that all government and private schools will stay shut until 15 November. Scientists say that the weather is also affecting pollution levels.

Low wind speed, diffused sunlight and a low mixing height and north-westerly winds carrying stubble burning residue from Punjab and Haryana combined are likely to push pollution levels further up in the Capital on Thursday as well. – Indian Meteorological Department

There are hopes that the air quality will improve today with wind speed likely to pick up. With the pollution levels in Delhi plunging, Chief Minister Arvind Kejriwal said that the odd-even road rationing scheme could be extended if needed. “Odd-even may be extended if necessary. I would like to appeal to the opposition not to oppose odd-even. Pollution has increased drastically. All of Delhi is demanding odd-even and at such a time the opposition parties should support people’s wish”, said the chief minister.

A decision of whether the odd-even curbs need to be extended will be taken today.

The issue of Delhi’s high pollution levels also came up in the Supreme Court. The court has asked the Centre to explore the possibility of a hydrogen-based fuel technology as a final solution to the air pollution.