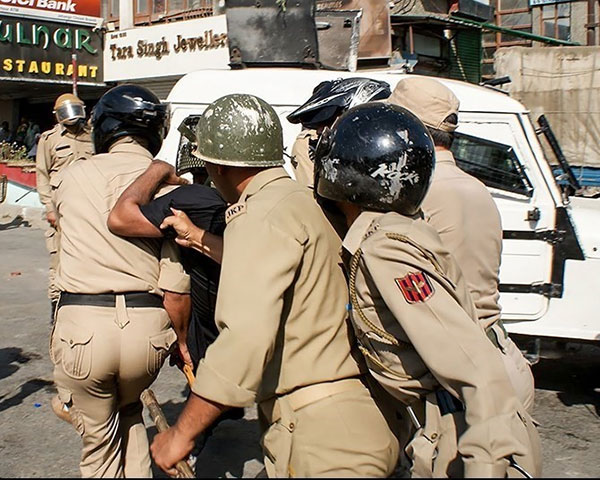 The protests by Delhi Police staff escalated yesterday evening as hundreds of police personnel gathered outside the police headquarters.

The protest had started off in the morning with a few personnel who were protesting against the violent clash with lawyers at Tis Hazari court on 2 November, in which at least 20 policemen were injured. Delhi High Court had ordered transfer of two policemen and suspended two others after the clash. As per reports, the dispute had started over a wrongly parked vehicle and a judicial enquiry has been initiated in the matter.

Indian Police Service tweeted, “Incident involving police and lawyers unfortunate. All should take a balanced view of it based on facts in public domain. Countrywide, police stands in solidarity with those police personnel subjected to physical assault and humiliation. Condemn all attempts to break law, by anyone!”

The police personnel were upset as they did not get any support from government or their senior officers after the incident. They demanded that the police commissioner should address them and kept chanting “justice, justice”.

Delhi Police Commissioner Amulya Patnaik briefly spoke to the police staff later. “These are testing times, there are expectations and there should be patience,” he said while urging the protesters to resume their duties.

A tweet by Congress party said, “For the first time in 72 years, the situation in the national capital is such that law & order has become disreputable. We are seeing unprecedented protests from the police force. But HM Amit Shah is mute & missing.”