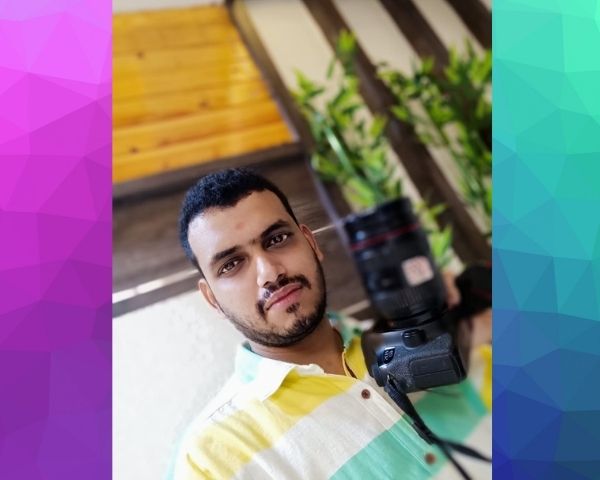 In our #InternationalWeekOfTheDeaf2020 campaign, today we feature Dhiraj Jagtap from Maharashtra. A photographer and graphic designer, Dhiraj works as a peon with a government office. He hopes for an inclusive world where there are no communication barriers between the hearing and deaf. Dhiraj also has plans lined up for aspiring deaf photographers and graphic designers.

Born deaf, 31-year-old Dhiraj Jagtap has faced many challenges in life, especially to pursue his dreams. But those challenges has only made this youngster a stronger person. A photographer and graphic designer, Dhiraj hopes for an inclusive world where hearing people learn sign language so that barriers are broken. Currently, Dhiraj works with a government office as peon. He also works closely with India’s deaf community to empower them.

Dhiraj was born and raised in Satara, a small town in Maharashtra. He was born deaf and completed his education in deaf schools.

But since a very young age, Dhiraj was a keen art enthusiast. He loved drawing. Noticing this, his father admitted him to a drawing school along with hearing children. So from class 5, Dhiraj has been learning art. From sketching, painting and drawing, Dhiraj tried his hands in different things.

So after completing his class 10, Dhiraj decided to take up art full-time. That is how he joined for a graphic designing course where he pursued it for five years along with hearing people. “Being the only deaf person, there were many challenges. But there were also a few people to help me”, recollects Dhiraj.

It was in the year 2012 that Dhiraj decided to take up photography and learn it professionally. Since there were no exclusive courses for deaf people, he had to enroll for classes with hearing people. He learnt photography plus photo editing for a year.

“All the lectures were in spoken language and I couldn’t understand anything. But I kept practicing and observing others, including the teacher. I also had a bunch of great friends who helped me throughout my journey. They taught me new things through gestures”, says Dhiraj.

Being part of ‘Pahal Foundation’

In the year 2018, Dhiraj happened to be part of NGO Pahal Foundation. They asked him to create a logo for them for which he received a lot of appreciation. Today, Dhiraj works as their marketing manager.

“I want to teach deaf children photography and graphic designing under ‘Pahal Foundation’ because there are no exclusive courses for them anywhere. I know the hardships faced by deaf people who want to learn such courses”, says Dhiraj.

Dhiraj’s father passed away a few years back. He lives with his mother, wife and one and half year old daughter. His family, who are all hearing people, have learnt sign language to an extent so that they can communicate with him. They are all supportive of Dhiraj’s ventures.

Need for inclusion of deaf community

Dhiraj says that his dream is to see deaf people becoming independent. He also feels that there is no point in sitting aside pointing out how all spaces are inaccessible.

“In the year 2013, I did not know anything about computers. My father enrolled me for a course. Training wasn’t accessible because it was in spoken language. But there were people who helped me. I feel if there is a will, there is a way”, says Dhiraj.

He also hopes to see a world where there are no communication barriers between the hearing and deaf. “For that, everyone must learn sign language so that the deaf community is included everywhere”, says Dhiraj.