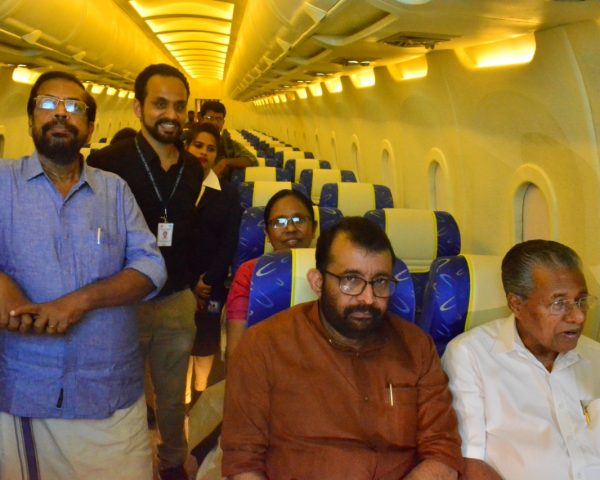 A year back, Magic Planet in Trivandrum started ‘India Fort’ where youngsters with disabilities regularly performs magic shows and earn their own living. After its grand success, officials at the centre launched the ‘Different Arts Centre’ where youngsters with disabilities can perform arts. The centre was inaugurated on 7 November by Kerala Chief Minister Pinarayi Vijayan and has been getting a lot of good responses.

Arts gets a new lease of life at the Different Arts Centre at Magic Planet in Trivandrum. The centre, that has different programmes, has been empowering youngsters with disabilities since the last one year. ‘Different Arts Centre’ opened its doors on 7 November. The centre that was inaugurated by Kerala Chief Minister Pinarayi Vijayan will be first of its kind in India. Officials at Magic Planet are hoping for more youngsters to come and be part of the venture.

Magic Planet started off by opening a centre India Fort where youngsters with intellectual disabilities put up magic performances. The project M-Power reached out to nearly 25 youngsters with various kinds of intellectual disabilities. Visitors and guests that came to ‘India Fort’ witnessed some remarkable performances by these talented youngsters who also started earning to become independent. Success of ‘India Fort’ is what made officials start off ‘Different Arts Centre’ which provides various opportunities for these youngsters. Visitors are treated with dance, music and drama performances. Aspiring painters and writers can also become a part of the venture.

Jin Joseph, Manager, Magic Planet says that they have been getting great responses ever since the centre opened.

People who visited the centre have been giving great responses which shows that the venture is already a success. We hope the centre provides platforms for people from across the world. Apart from empowering them, such initiatives boost the confidence and self-esteem of these youngsters with disabilities. This is first of its kind initiative in the world-Jin Joseph, Manager, Magic Planet.

Recently, Trivandrum based Child Development Centre (CDC) conducted a study and found out that such programmes have been creating a positive impact on these youngsters. “We got a positive study from ‘India Fort’. That is what facilitated us to start ‘Different Arts Centre’”, says Jin.

Currently, there are nearly 100 youngsters with autism, Down syndrome and cerebral palsy who perform at the centre. Officials are expecting the numbers to rise in coming days. Since they have a limited space, they hope to expand it soon. Special educators, therapists and other health officials at the centre will ensure that all the kids get the best services.

Jolly Johnson, Founder of NGO Helping Hands in Trivandrum says that starting something like this in the state capital is definitely going to help more youngsters. “I feel this initiative needs to be highlighted better. To start something for youngsters with disabilities is definitely great. This also helps families to be confident about their children. Society will start accepting them. It will also help to create awareness about disabilities”, says Jolly.