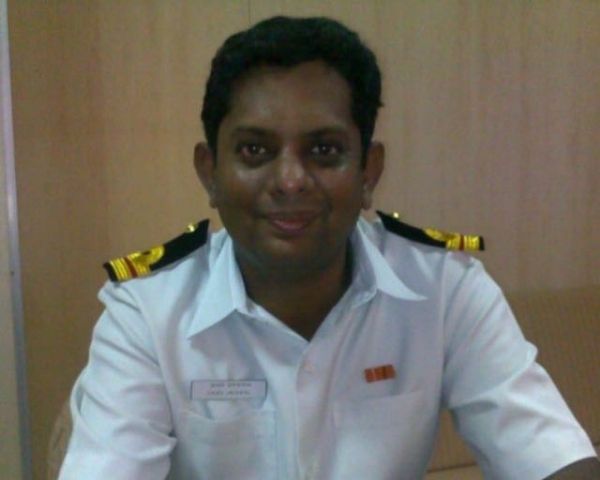 In 2017, the Supreme Court directed the Armed Forces not to deny disability benefits to ex-servicemen. Yet the Indian Navy plans to do exactly that to a former surgeon lieutenant who was disabled on duty. This is even after the Armed Force Tribunal ruled in his favour last year.

Last week Dr Anan Jaiswal, a pathologist in Goa, underwent a surgery. His insurance covered just part of the cost; the rest came out of his own pocket.

As a former surgeon lieutenant in the Indian Navy, Dr Jaiswal’s medical expenses ought to have been covered under the Ex-servicemen Contributory Health Services (ECHS). Yet for nearly a year now, he has been appealing to the Navy to grant him the disability benefits he is entitled to. He even had to move the Armed Forces Tribunal, which ruled in his favour.

Jaiswal has a motor neurone disease

After eight months of no response from the Indian Navy I sent a grievance to the Prime Minister’s Office. I got a reply that the judgement is being challenged and that a review petition is going to be filed. I feel completely cheated and betrayed. – Dr Anan Jaiswal, Former Surgeon Lieutenant, Indian Navy

The letter dated 2 November 2020 says that the “NAVPEN (Naval pension Office) is in the process of filing Review Application before AFT and that the outcome of the case will be intimated in due course”.

In doing so the Navy is violating the Supreme Court’s 2017 direction to the Armed Forces that orders granting disability benefits to ex-servicemen should not be challenged.

Dr Jaiswal’s lawyer has moved an execution application in court.

“We are not sure when this will be heard as there are no judicial members in the AFT Mumbai and very few in India as a whole”, says Advocate Satendra Kumar. “No video conferencing is taking place either”. The matter, he points out, affects not just Dr Jaiswal but many other ex-servicemen. “Why is the Indian Navy dragging matters like this, that is the question. Time and again we have been asked to come to the court”.

It’s a question that many other ex-servicemen disabled on duty are asking as well.

“I was part of a committee that decided on the resolution of these issues”, says Major D P Singh, who was disabled during the Kargil War. “There are clear cut rules as well as many court judgements. We proposed a resolution that these be converted into policy, so people don’t have to bang one doors time and again”.

Some attempts were made in this direction during the tenure of the late Defence Minister Manohar Parrikar, who set up an expert committee. Yet with his passing that came to an end.

“Even today so many ex-servicemen are struggling because they have to manage their disability and keep going to court to access their rights”, says Major Singh. “The irony is that the treasury funds used to challenge them is made up of tax contributions from these very people. Crores are being spent on challenging these judgements when this could have been used to earn goodwill”.