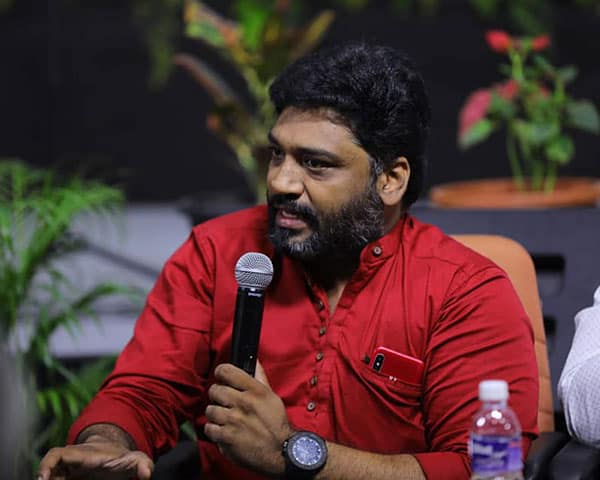 TMN Deepak, a prominent disability rights activist from Tamil Nadu, is the founder of 3 December Movement. Deepak has always stood up for rights of people with disabilities. He has made a huge positive impact in lives of many people with disabilities across the state. Currently, he works as a professor with the famous Loyola College in Chennai where he completed his masters as well. Deepak, who was affected by polio at a young age, ensured that a disability does not come as a barrier in emerging successful in life.

Though I’am basically from Tamil Nadu, I have been raised in both Chennai and Bengaluru. I was affected by polio due to which I have a disability. My mother was my biggest pillar of strength. Even when my other family members turned their heads away from me including my father, she stood by me through all odds to ensure that I get the best in life. So whatever I’am right now, I owe it to her.

Life was never a bed of roses for me. I underwent many struggles as a kid. Society, including my own family members used to discriminate me which had deeply hurt me as a kid. My mother struggled to put me into schools because most of the schools did not want to admit a disabled kid. So even though I got admitted, I was not taken for excursions or couldn’t participate in any events. I was not allowed to even enter temples. All these had a deep impact on me. When I grew up and started doing my own things, I decided to speak up for the many people like me who face discrimination and harassment.

My childhood was not a happy one. There are many heartening incidents which I do not want to even remember. It made me feel weak and powerless. So obviously, you want to try and become the opposite. I always loved reading books. My mother had introduced me to books from a very young age. So I decided to read more and that opened newer doors of opportunities to me. I also decided to study hard.

I must say that life at United Kingdom was way better than in India as a disabled person. But it had many limitations too. I remember the first day I got to the city and went to a metro station, the officials had to stop the escalator for me so that I could go up. It was inaccessible. So I had my fair share of difficulties there as well.

I had worked closely with organisations like Tamil Nadu Disability Rights Federation. I realised that the needs of people with disabilities from rural areas was way different from those living in cities. They lacked education and even basic facilities making things harder for them. Poverty was also a major setback in their development. I founded 3 December Movement so that I can empower and reach out to many people with disabilities out there.

I met my soulmate Alphonse Rathna during a protest in Chennai. Though she was my junior in college, we never had the chance to meet back then. So one day, a protest against railways’ insensitivity towards people with disabilities was happening at Chennai. Alphonse was also part of it and so was I. She is a performing artist and works for the upliftment of people from community as well. We clicked instantly. It was effortless and beautiful.

I have played a lead character in the movie Maa that released in the year 2010. It was a movie made by people with disabilities and all the characters were also disabled people. It was a different and thrilling experience facing the camera which I never thought I would experience.

I have a pet dog whom I rescued during last Chennai floods. Ever since he entered my life, my outlook towards animals changed. I believe that if I wasn’t fully into disability rights activism, I would have been an animal rights activist. Sometimes, I even feel guilty for not devoting more time for animals in need. Since I love travelling, my dog accompanies me as well.

People can cry when they go through bad times. But never give up. Perseverance is the key. When I got the chance to study abroad, the embassy lost all my certificates. I still remember that day when I thought my life had come to an end. But look at me now. I have come out of all that and is doing things that I always wanted to.