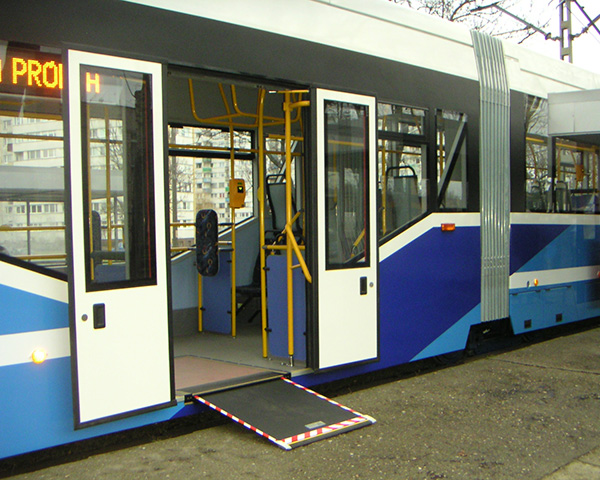 The state run Kerala Urban Road Transport Corporation buses remain largely inaccessible for wheelchair users. A few months back, authorities replaced spaces for keeping wheelchairs with newer seats for people without any disabilities to travel comfortably. This in turn has affected travel plans of many wheelchair users across the state who depend on KURTC buses because it is cheaper and economical. All Kerala Wheelchair Rights Federation is gearing up to protest against this injustice.

When it comes to travelling, difficulties faced by people with disabilities are many, especially for those who have mobility issues. Over the past few years, the government of Kerala has introduced many programmes and schemes for people with disabilities but has failed in making places more accessible. Recently, facilities for wheelchair users in state government run Kerala Urban Road Transport Corporation (KURTC) buses were removed which has raised many questions. In spite of repeated requests to bring back the facilities, officials have not done anything yet. The All Kerala Wheelchair Rights Federation (AKWRF), a disability rights group in the state, is all set to hold protests very soon.

In every KURTC buses, there were exclusive seats for wheelchair users and also a space to keep the wheelchair. Wheelchair ramps to enter and exit the buses also made it easier. But a few months back, these spaces were replaced with newer seats for people without any disability. When enquired, officials told that this was due to heavy rush in buses during peak hours. This has affected commuting plans of many wheelchair users because they often rely on these buses as it is cheaper and economical.

Sindhu Sudevan, President, AKWRF in Thiruvananthapuram says that it is high time that the government and society understands needs and requirements of people with disabilities.

We first plan to meet with the disability rights commissioner and tell our grievances. If nothing works out, we will definitely stage a protest very soon gathering a large number of people. Officials must introduce buses for wheelchair users at least once every week. Unfortunately, whatever facilities were there have also been taken away. Now, we are forced to rely on others to travel. Otherwise, we have to spend thousands of rupees on cabs which is not economical for many people-Sindhu Sudevan, President, AKWRF.

Disability rights activist point out that removal of facilities for wheelchair users are clearly a violation of the RPWD Act, 2016 which demands strict action. In spite of talks with concerned officials, nothing substantial has been done till date due to which AKWRF along with other NGO’s are gearing up for protests.

The ‘Kaivalya’ project of the Kerala government in which a fixed amount will be given to disabled people to start their own ventures never saw light. The project has been merely put down in papers. Disability rights groups are also planning to protest against lack of implementation of the project.

“We are going to team up lack of accessible buses and ‘Kaivalya’ project together for our protests. In spite of repeated requests, officials are turning their heads away to our demands. What is now being done is a violation of our rights”, says Rajeev Palluruthy, Secretary, AKWRF.