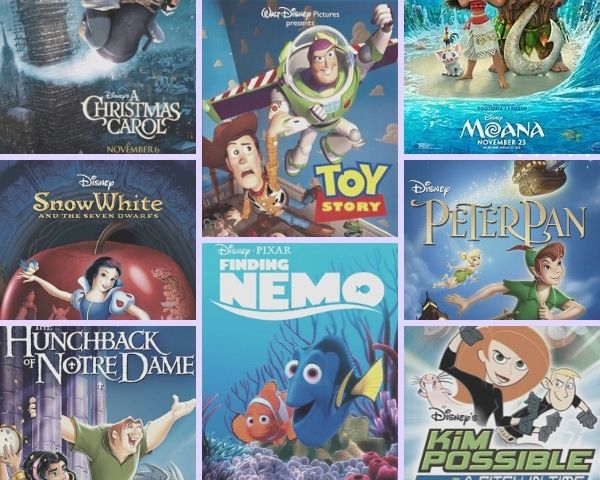 Get-hooked July 5, 2021
Disney and Pixar’s latest film Luca is winning a lot of praise from disability advocates. Luca, streaming on Disney+, is a coming-of-age story of a young boy set in Italy. It features an important character whose disability is shown as being just one part of him. We take a look at disabled animation characters from Disney and Pixar that have won praise for raising awareness about disability.

Disney and Pixar’s latest film Luca creating quite a buzz for ticking all the right boxes when it comes to creating awareness and acceptance about disability.

Set in a seaside town on the Italian Riviera, Luca is described as a coming-of-age film “about a young boy experiencing an unforgettable summer”. The film has an important character who is disabled. Called Massimo Marcovaldo, he is father to a friend of Luca, the central character. Massimo is a person with a limb difference – a congenital amputee born without one arm.

When asked about his arm in the film, Massimo simply says he was born like that. That is the only acknowledgment, making the point that being disabled is no big deal. It’s just a part of him.

Like Massimo, Disney and Pixar films have a number of memorable disabled animation characters. Their stories, say advocates, can help raise awareness and acceptance of additional needs and disability.

Here’s a look at some of the most memorable disabled animation characters from Disney Pixar films.

This animation film about an adventurous teenager has two characters with disabilities. Hei Hei the rooster has dyspraxia, a common disorder that affects movement and co-ordination and a learning disability. Tamatoa the crab has a possible personality disorder and body dysmorphia, a mental health condition where you can’t stop thinking about one or more perceived defects or flaws in your appearance.

The main character of this 1953 animation film Peter Pan has given his name to a mental health condition which refers to an inability to believe they are older. There’s also Captain Hook, the villain, who is an amputee.

Snow White And The Seven Dwarfs

The seven dwarfs have dwarfism, which is defined as shortness in height which is the result of a genetic or medical condition. A common cause of dwarfism is a genetic mutation that affects bone growth. Dopey, one of the dwarfs, has an additional disability called mutism, which is the inability or unwillingness to speak.

The Toy Story series of films have a number of memorable animation characters with disabilities. There’s Buzz Lightyear, the space ranger, who spends some time as an amputee. The penguin, Wheezy has lost his squeaker.

The Hunchback Of Notre Dame

The film tells the story of a disabled bell-ringer in Notre Dame named Quasimodo who stands up to his tyrannical master to help a gypsy girl. Quasimodo has a deformed back from birth, and acquired deafness.

This animation film about a a teenage crime-fighting girl has a character called Felix Renton, who is paralysed and uses a wheelchair. Felix is shown as an easygoing boy who loves video games and basketball. He often jokes about his disability.

This animated retelling of Charles Dickens‘ classic novel by the same name has a character named Tiny Tim, who is disabled due to a mobility impairment and uses a crutch to move around. While there is an element of pity associated with his character, Tiny Tim is a positive and upbeat child who never dwells on his problems. He plays a pivotal role in the film as he enables an attitudinal change in Scrooge.

In recent years there have been calls for Disney and Pixar to create a disabled Disney princess. Sydney-based writer and disability advocate Hannah Diviney even started a petition to urge Disney Pixar saying that a disabled Disney princess would give many people around the world “the chance to see themselves be the hero of their own story”. She says, “If the magical seed of representation is planted at a young age, it will bloom into something precious and valuable. ..It would also be providing a powerful reference point for non-disabled children to understand us and our lives”.

The thumping approval for their latest film Luca will hopefully motivate Disney Pixar to address this demand.