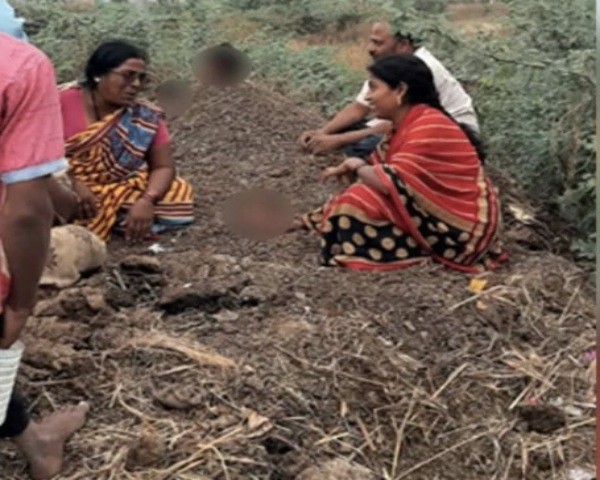 Stigma and superstition about disability is still widely prevalent in large parts of India as an incident this week in north Karnataka shows. Eight children, three of them physically disabled, were buried alive in garbage and mud, by their parents during the solar eclipse. The parents did this because they believed that this would cure them of their disability.

The Karnataka government has decided to start awareness campaigns among officials across the state about the stigmas and superstitions around disability and ways to tackle them. This is after eight children, three of them disabled, were buried neck-deep in garbage and mud during the solar eclipse on Thursday.

This is about beliefs. What we need is awareness. So we are holding classes and providing awareness to officials across the state. – V S Basavaraju, State Commissioner for Persons with Disabilities, Government of Karnataka

While the rest of India enjoyed the solar eclipse earlier this week, eight children in north Karnataka’s Kalaburgi district went through a horrifying experience.

The children, three of them disabled and the rest with skin diseases, were buried up to their necks in garbage and mud during the solar eclipse.Their families believed this would cure them of their disability and skin problems.

According to eyewitnesses, the children were between the ages of four to 11 years. They were buried at 8 AM, a few minutes before the solar eclipse started. All along, their parents too guard so no one would try and pull the children out.

After an hour the children started to cry, unable to bear the heat and the ordeal. While two parents pulled their children out, the rest of them were stuck there until the eclipse ended. A local activist from the Janawadi Mahila Sanghatane alerted officials who then came to the spot and rescued them.

The incident has horrified authorities and the district collector has ordered for a full investigation. Kalaburagi Deputy Commissioner B. Sharath told the Indian Express, “We have rescued the children and asked the police to conduct an inquiry in the matter. We will also conduct an awareness drive to not get involved in such superstitious practices.”

Parents counselled about superstitions around disability

Some orthopaedic surgeons and skin specialists have come forward to treat these children. The village tehsildar has been ordered to take strict action against the parents. The children were returned to their parents said Karnataka Child Welfare Committee Chairman Reena D’Souza. The parents were also warned against doing this again.

Locals believe that the sun’s rays during a solar eclipse has medicinal properties when it hits a pile of garbage and mud. The children’s parents believed that the children would be cured of their disabilities and health conditions. There were reports of similar incidents in Bidar, Vijaypura and Tumakuru districts.

Meanwhile, in Bengaluru, a group of people protested at the Town Hall a day after the incident on 26 December against the superstitious beliefs followed during solar eclipses.