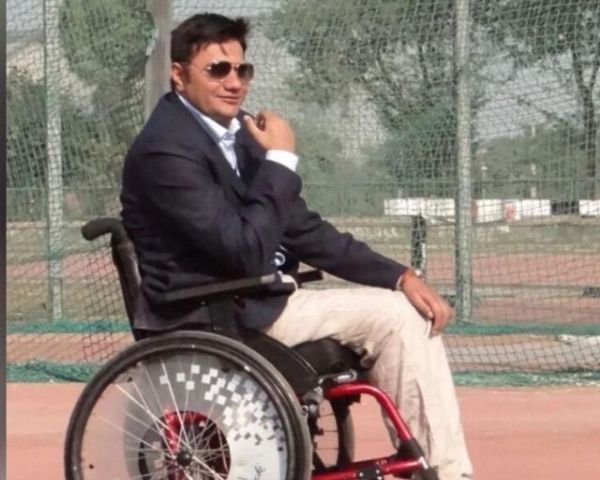 Renowned Paralympian Amit Kumar Saroha has some remarkable achievements to his credit. He is among India’s top Para athletes and is the first person with quadriplegia to represent India at the Paralympic Games. These achievements have been brought to life in a comic series by GoSports Foundation.

An innovative and creative approach to celebrate and keep alive the remarkable story of India’s topmost Paralympian Amit Kumar Saroha. On the 12th anniversary of its founding, GoSports Foundation has released a graphic comic series on the renowned para athlete.

Along with Saroha, the achievements of fellow sportspersons like former World No. 1 badminton player Kidambi Srikanth, table tennis star Sathiyan Gnansekaran and Olympic gymnast Dipa Karmakar are also being celebrated.

A two-time Paralympian, Saroha is an Arjuna Award winner. He has won two golds and two silvers at Asian Para Games. At the World Championships he won two silvers.

Speaking at the launch, GoSports Foundation Managing Trustee Nandan Kamath said, “When our athletes achieve at their sport, they are also changing perceptions about disability and gender, bringing joy, and fostering togetherness and common identities. These comics are just another way to reach their stories to an even wider audience, and we will continue to look for fresh and innovative ways to spread our message.”

Saroha hopes the series will help inform and inspire the younger generation about sportspersons in general and the disabled community in particular.

All athletes go through a lot of struggle and publishing it in this way will help spread the word to a wider audience. GoSports Foundation has done something truly unique and we are all pleasantly surprised that our achievements have been highlighted in this wonderful new way. This will be motivational for everyone, children as well as emerging para athletes. For kids particularly, this is a great mix of entertainment and inspiration. – Amit Kumar Saroha, Paralympian 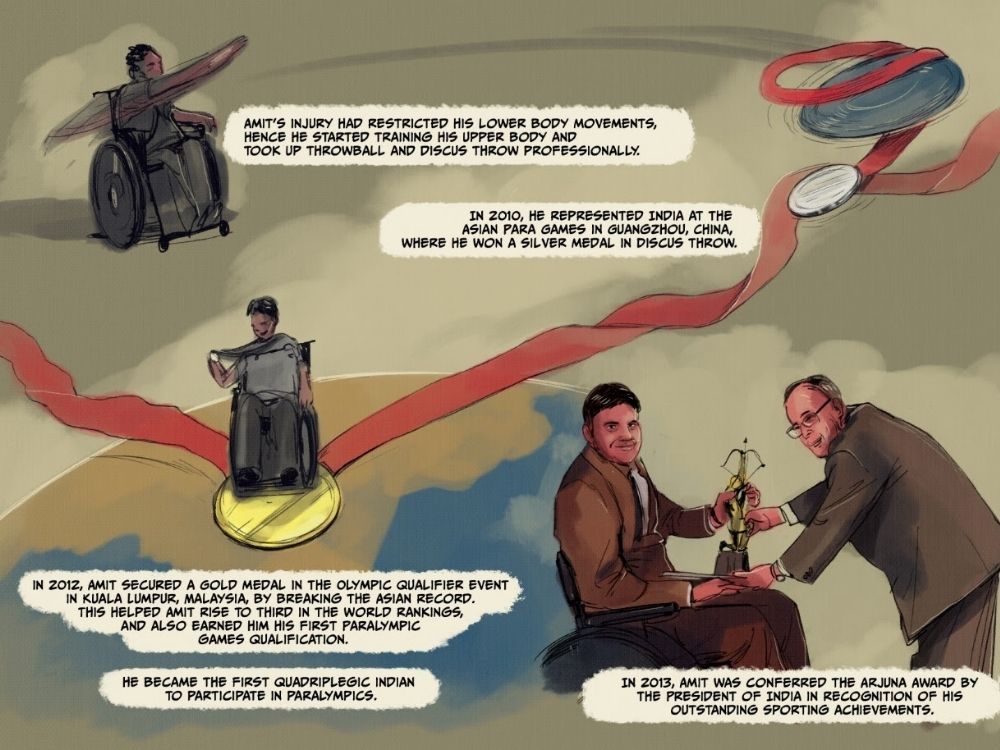 The stories have been developed in partnership with a graphic design team led by Debkumar Mitra, Founder Member, Longform Comics Collective. Speaking about the collaboration, Mitra said, “Sports is extremely inspirational and gives us great material to work with. It also takes our work to a wider medium and that is a win-win for both the sport and the design form.”

His personal success apart, Saroha supports many para athletes with his time and even personal resources. This is born of his own struggles in the early years. When he started his career in 2008-09, the state of para sports in India was pathetic and Saroha encountered hardships. This motivates him to support emerging para athletes. Among his most well-known proteges is Ekta Bhyan, winner of gold and bronze medals at the 2018 World Para Athletics Grand Prix in Tunisia and a strong contender in the Tokyo Paralympics next year.

The comic series on Saroha celebrates these many facets.

It is this commitment to encouraging para sports that sets him apart, believes Ekta.

“There are very few active para athletes who spend so much of their time motivating other para sportspersons. Most do this after retiring from the field. Like me, there are many other para athletes he mentors”. She is especially happy that Saroha’s achievements are being celebrated in this unique form. “This will make more people aware of what he has contributed and put the spotlight on disability in a good way”.

Saroha says he decided to go all out and support emerging para athletes after he received financial support from the government in 2014 following his outstanding performance. “I never imagined I would be able to support so many para athletes and it does take up a lot of my time. At times I have received feedback that this affects my own performance. But I am determined to do what I can”.