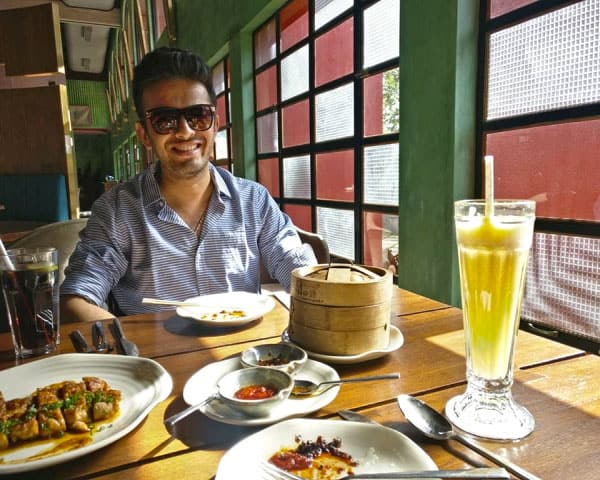 Two years ago, when Bengaluru-based entrepreneur Prateek Khandelwal got the idea of launching a campaign to make city restaurants accessible to disabled people, there were some sceptical reactions. “Many people told me it would never work”, he says but Prateek persisted, convinced that #RampMyCity would blow in winds of change.

Prateek reached out to owners of high-end restaurants and found them open to the idea. From eight restaurants in the initial months, the number grew to 30 across Bengaluru in 18 months. This included many high-end ones like Farzi Café, Big Brewski Brewing Company, Ebony and Rock Salt to name just a few.

“I went directly to the restaurant owners and in 18 months, I was able to convince 30 restaurants in Bengaluru. I knew I was doing the right thing”, he says. “My main focus was on doing the field work, sensitising staff, etc., and I knew it would scale up”.

Talkin’ About a Revolution

It certainly has, and how! Impressed by the transformation at Big Brewski, Ladies Circle India, a charitable
organisation in Chennai linked to Round Table India has decided to install ramps across metros in the country and some small towns.

We have 300 circles across Indian cities and every year we take up one project internationally. I watched some videos on the #RampMyCity project and we decided to take it up this year. Our country has no ramps, and this is a necessity. The more I spoke to Prateek about the idea, the more convinced I became. If we do this, it will also attract tourists to the country. – Ramona Crasta, National President &Theme Projects Convener, Ladies Circle India

The aim is to put up 10 ramps in every metro. Funds for this will be collected through events like tambola. The first tambola is on 27 August. “In some cities, we are confident we can put as many as 100 ramps, while in smaller cities like Mysuru, Mangalore, Vadodara and Sakleshwar, etc. we are looking at 4-5”, adds Ramona.

Last year Ladies Circle India had raised money to build a whopping 700 toilet blocks across many parts of rural India. This time too, they are confident of making it a success. Prateek is happy his conviction has paid off and hopes this will bring in a revolution.

“This means HUNDREDS OF RAMPS will be built across India at public places like schools, parks, workplaces, houses, tourist spots, restaurants etc in the coming months in various cities which would change lives wheelchair users. RampMyCity, which started as a simple appeal to restaurants to make themselves accessible, will now see ramps at various public places, driving India towards not only being an accessible country but also inclusive in how we treat people using wheelchairs”.