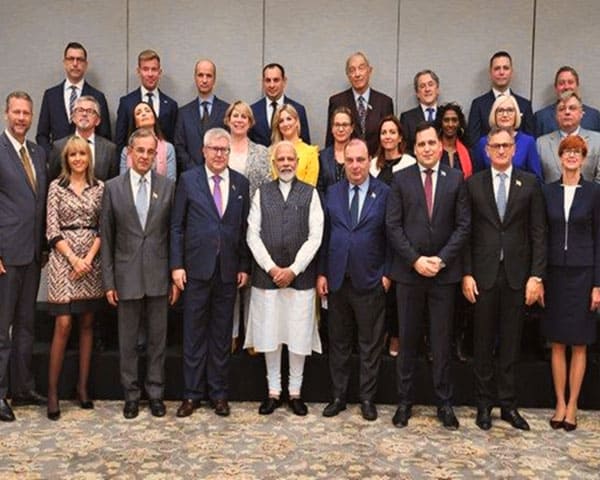 Over 25 lawmakers from the European Union (EU) were at Jammu and Kashmir since the last two days. Welcomed by central government, the leaders claimed that they were in the valley to look into the peace and security after scrapping of Article 370 last August. All the lawmakers, at a press meet said that they are happy with the developments in Jammu and Kashmir. They further added that Europe will render all possible support to India in fighting terror.

Visit of the foreign lawmakers had created quite a controversy, especially since the state has not fully gotten back to being functional. Opposition parties also criticized the central government for inviting them over.

MPs from Europe are welcome to go on a guided tour of Jammu & #Kashmir while Indian MPs are banned & denied entry. There is something very wrong with that-Rahul Gandhi, Congress Leader.

All the lawmakers made a visit to the famous Dal Lake. Once they entered their luxurious hotel, they were welcomed in a traditional Kashmiri manner. They are the first international leaders to visit the state after scrapping of Article 370. Hence, security was beefed up across Jammu and Kashmir. “PM Modi is allowing his Government to facilitate a private trip of few MPs from the European Parliament. If he is so keen why not let the official delegation from EU or US Congress visit Jammu and Kashmir? Of course Indian parties are banned from travelling in their own country”, tweeted Congress leader Gaurav Gogoi.

No local Kashmiri leaders were allowed to meet EU lawmakers. There was also widespread criticism that local Kashmiri newspapers were barred from participating in the press meet.