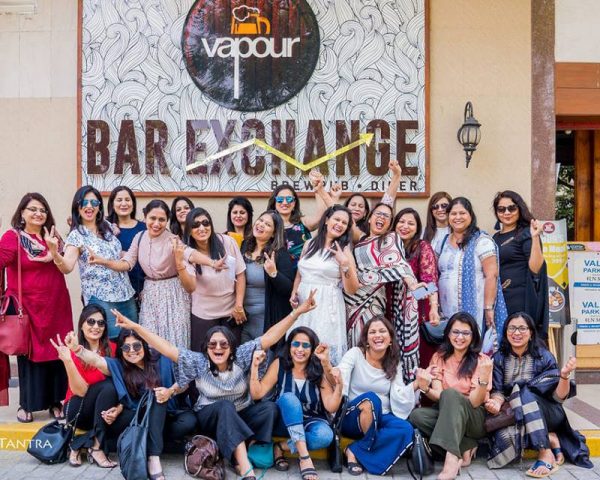 Delhi based mother Kreeti Mitra Bhatia started a group ‘The Special Mom’ earlier this year in March. Kreeti, who has a nine year old son with autism, knew the many struggles that other mothers of children with disabilities face every day. Her group aims to support mothers through different programmes. ‘The Special Mom’ is now garnering a lot of attention from parents across India.

After Kreeti Mitra Bhatia’s first son was born, he was diagnosed with autism in a few months. Just like most mothers who have a newly diagnosed son, Kreeti was also unaware about how to juggle her own life along with taking care of her son which led to emotional and mental turmoil. Soon, Kreeti realised that there are many mothers out there just like her. Kreeti wanted to bring them all together and that is how she started the group The Special Mom which has over 1500 likes on Facebook. Over 850 members are already part of ‘The Special Mom’. Delhi based Kreeti recollects the many struggles she had faced during her son’s upbringing.

My psychology and understanding of things had changed. I realised that I was missing spending time with my younger son who also needed me. Moreover, I couldn’t do anything that I liked. There were days when I forgot to do something basic like combing my hair. All this gradually affected my health. People around me started noticing the changes. I started thinking about the plight of other women like me who has special needs kids-Kreeti Mitra Bhatia, Founder, The Special Mom.

During that time, Kreeti came across the news of a Bengaluru mother who poisoned her 14 year old son with a disability before ending her own life. This was more like an eye-opener to her. “I was shocked and aghast because I could relate with that mother and the many struggles that she would have gone through. I kept thinking about this for over a week. She did not have anyone to help or support her. She just couldn’t do anything and I won’t blame her for not seeking help”, says Kreeti who realised that it was time for her to step up and do something for the thousands of other mothers who underwent something similar.

Kreeti knew that social media was the ideal tool to begin with. She created her Facebook page for which she received an overwhelming response. ‘The Special Mom’ focuses on enhancing emotional and mental well-being of mothers who have children with disabilities. They have open discussions, share problems and even organise occasional met-ups, mainly in New Delhi and nearby areas. Their next meet is scheduled in Noida and later in Bengaluru and Kolkata respectively.

“I started ‘The Special Mom’ earlier this year in March and I have been filtering and adding my members. It has not even been a year and I’am already getting such good response from mothers. We have professionals and therapists in the group who can help mothers who have a newly diagnosed child”, says Kreeti.

A couple of days back, they began a new programme Personal safety for Special Needs Kids. “There are so many shocking sexual abuse cases happening around us, especially with kids. Children with special needs have sensory issues and they wouldn’t even know whether someone is sexually abusing them. They might think the abuser is showing extra affection. So our sessions were focussed on how to teach the kids about good and bad touch”, says Kreeti. ‘The Special Mom’ hopes to address similar issues and reach out to parents. “We are testing and trying newer things. We might succeed or fail. But we do not want to leave any stone unturned to make sure that we offer nothing lesser than the best for our children and their mothers”, adds Kreeti.

Shalini Gupta who has a 14 year old son with autism has been a part of ‘The Special Mom’ ever since the beginning. “Our kids are studying in the same special school and that is how I know her. We always used to discuss about the many problems that we face in our daily lives and now our circle has gotten bigger and better. When people listen to your stories, you feel supported. We can help each other”, says Shalini.