A breakthrough study by a team of scientists aims to make science more accessible to visually impaired kids. Led by Dr Bryan Shaw, a chemistry professor, the team has developed small, candy like 3D models that could help blind students visualise molecules with their mouths.

Dr Bryan Shaw, a biochemist and biophysicist at Baylor University, Texas, was at his son Noah‘s birthday party when he got his breakthrough idea of making science more accessible to visually impaired kids. Noah, who is 13 years old, lost one eye during infancy to cancer and has partial vision in the other.

“I had gotten the idea about using the mouth to visualise objects by mouth at Noah’s birthday party”, recalls Dr Shaw, in an interview to Newz Hook over email. “He lost an eye to cancer, but one of his friends lost both eyes. I noticed this little boy kept putting objects in his mouth and I felt, was concentrating quite heavily on what he was sensing by mouth. A short while later I was eating a blackberry and I thought about the boy, and how the blackberry reminded me of a folded protein”.

Around the world, over 35 millions people have blindness. This includes one million children. There are over 200 million people who live with moderate to severe vision impairment. They face many barriers on pursuing an education in STEM (science, technology, engineering and math). This s because these fields rely on 3D imager for education and much of this is inaccessible to students with blindness.

A gap that Dr Shaw feels strongly about. Noah loves space, planets and chemistry. Chemistry is a subject that blind and low vision students are typically discouraged from pursuing as it is regarded as too dangerous. Along with his research team Dr Shaw decided to start looking at how they could find a way to made science accessible to visually impaired students.

In the field of chemistry, some teachers and professors will simply bar or discourage kids from pursuing chemistry but chemistry is the central science. If you keep kids out of it, you impair their understanding of other related fields. The central science needs to open up, and it will. If you are a parent or a person with vision impairment, the lab is opening up! We now have robots that can weigh solids and mix reagents. They are expensive, hundreds of thousands of dollars, but all scientific equipment is expensive! – Dr Bryan Shaw, Professor of Chemistry, Baylor University 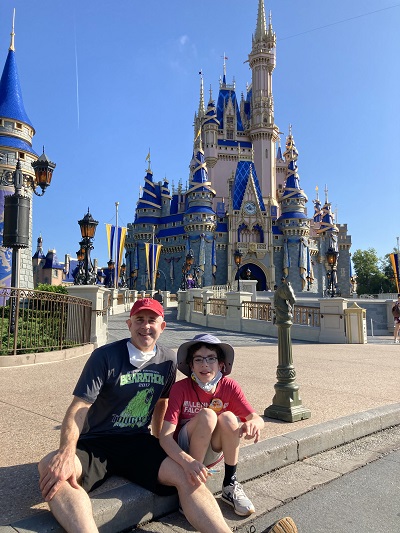 Dr Shaw and his team have created bite-sized models that range from the size of a peanut to that of a grain of rice. The study, published 28 May in the journal Science Advances, uses gelatine models that are similar to gummy bears to improve visualisation of protein molecules via the tongue and lips.

The models are inexpensive and flavour can be added to improve upon the taste. They can be packaged like candy too. “They cost about 10 cents to make, if you make them from non-edible surgical resin”, adds Dr Shaw. “For this you need a 3d printer. But we also made food safe silicone moulds. Here, you can put gelatine in and make edible versions”.

The study included 400 participants, a mix of fourth and fifth graders and some college students. Mouth, hands and eyesight were tested at identifying specific structures. All of them were blindfolded during the oral and manual tactile model testing. The testing involved two models, one of edible gelatine and the other were non-edible 3D-printed models. “They generally liked them”, says Dr Shaw. “They could identify the right protein structures about 85% of the time”.

To prevent choking hazards the non-edible models have an eyelet for these have an eyelet with a safety cord. Some concerns have also been raised about students eating in a science class in the midst of dangerous lab chemicals. This makes it important that steps are taken to store them properly.

Regardless of whether or not Noah takes up chemistry, the models will be useful to all students – sighted and blind. “The end goal is to make chemistry labs, and imagery, accessible to people with blindness”, says Dr Shaw.