First look poster of Jayalalitha movie is out 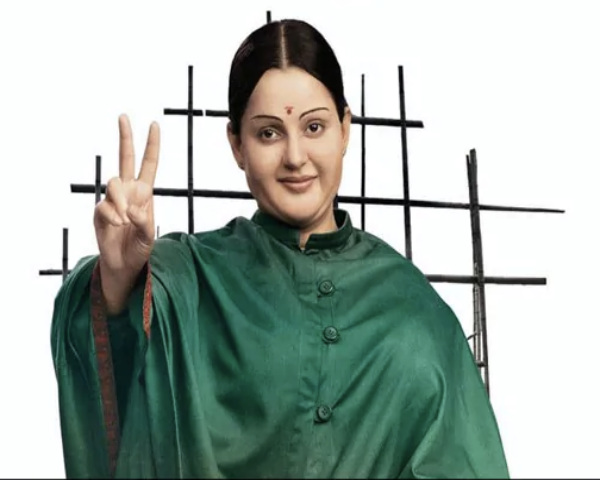 The first look poster of the Tamil film Thalaivi, which is a story on the life of former Tamil Nadu chief minister J Jayalalithaa is out. There are mixed reactions on Twitter to the look of actor Kangana Ranaut, who plays the role of Jayalalithaa.

Kangana is hard to recognise in the poster and many people have trolled her for looking fake. “Kangana looking hilarious with 1 kg make-up,” read a tweet while another user added: “This looks so freaking fake”. Several others said she looked like a “disaster”.

The legend we know, but the story that is yet to be told! Presenting Kangana Ranaut, in and as #Thalaivi. A film by Vijay arriving in cinemas on 26 June 2020. – Kangana Ranaut’s team statement

There were many people who were impressed by the first look poster and cheered for the actress as well. “She’s gonna kill this role! Wow”, said one fan. Another person tweeted, “Waiting for the movie..only and only can play this role..she is definitely from a different world”.