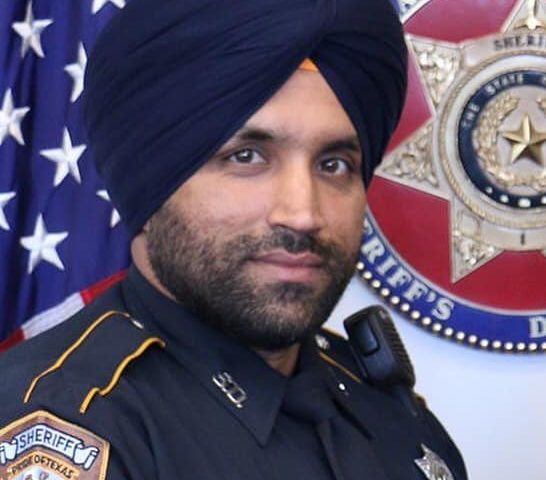 In a shocking incident, 42 year old Sikh cop Sandeep Dhaliwal, was shot dead at Texas in the United States. Dhaliwal was the first turbaned Sikh cop to join forces in the state of Texas. He was shot multiple times while on duty. Reportedly, the accused have been nabbed by police who assured that speedy action. They are also looking into whether this was a hate crime as many Indians in the United States are now being targeted on the basis of race and colour.

Deeply grieved to learn of the shooting of Deputy Sandeep Singh Dhaliwal, a Sikh Indian-American officer in Houston. We have just visited that city. My condolences to his family- Jaishanker, Minister of External Affairs, Indian Government.

Dhaliwal was serving as the Deputy Sheriff at Harris County for the past many years. Many people took to social media to express their condolences. This included Dhaliwal’s colleagues who remembered him as a great person to work with. “Officer Dhaliwal was the first Sikh in Texas to wear his turban while on duty. Earlier today, he was tragically shot and killed in the line of duty. My deepest condolences to his family, friends, and fellow officers. Rest In Peace, Sandeep”, tweeted Senator John Cornyn.

His colleagues also tweeted videos and photos of Dhaliwal showing how compassionate and kind he was as a cop.