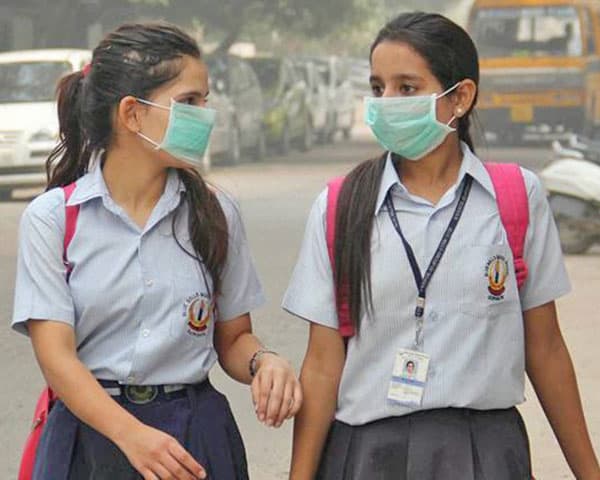 On Sunday, pollution levels in the capital city of New Delhi rose to extremely dangerous levels. According to reports, 32 flights that were supposed to arrive New Delhi had to be diverted to other cities due to the thick smog that engulfed both Delhi and nearby Noida. Schools and colleges will remain shut in Delhi and nearby areas till Tuesday. Officials have also warned young kids to not go outdoors in the next few days.

The Supreme Court of India will today take up a report from the Environment Pollution Control Authority regarding the matter. Reportedly, the central government has not been responding to the environment crisis making things worse for Delhi government. “Why are our leaders blaming each other rather than working together to solve a catastrophic issue like pollution? It’s Delhi today, soon it will be Mumbai, Bengaluru, Hyd’bad etc Urban India is in a pitiable condition. Will we ever start fixing things?”, tweeted Congress leader Srivatsa.

Delhi, ranked as one of the world’s most polluted cities, became reportedly worse after last week’s Diwali celebrations and bursting of firecrackers. Officials had strictly warned people to use green crackers. But like every year, city residents were seen bursting crackers and polluting the environment to extremely dangerous levels. Stubble burning by farmers from nearby Punjab and Haryana only made things worse. “Noida is a satellite city to Delhi. Nearly 2000 AQI! That’s like smoking 3 packs of cigarettes a day. #DelhiAirEmergency”, tweeted international journalist Siobhan Heanue.