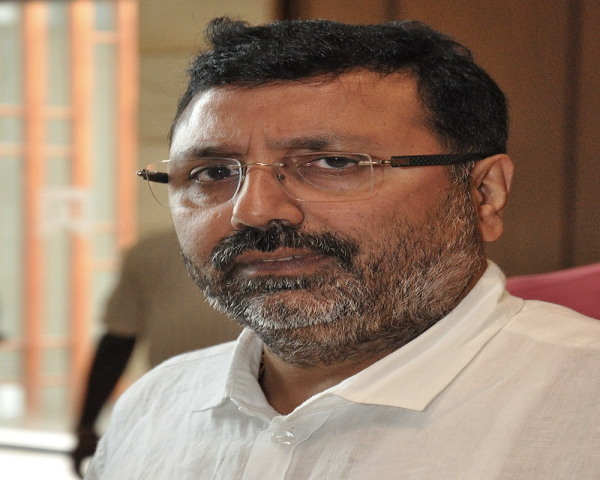 ”Support BJP candidates even if they are ‘handicaps’ or ‘criminals’”. This is the latest gem on the campaign trail from the leader of a national party that prides itself on bestowing the disabled community with the most gifts. Disability rights leader Dr Satendra Singh has sent a strongly worded letter of protest to a senior Election Commission of India official, asking for it to step in.

“I am appealing to you that whosoever the BJP fields, be it a handicap, thief, dacoit or a rogue, we must support that candidate. We should have faith in the decision of national president Amit Shah, Prime Minister Narendra Modi and Chief Minister Raghubar Das”.

These were the words that Nishikant Dubey, a senior BJP MP from Dodda, Jharkhand used at a campaign rally a few days ago to persuade people to vote his party to power in the upcoming Assembly polls in the state.

Come election campaign one can rely on virtually every political leader to draw insensitive comparisons with disability or people with disability to mock and abuse political opponents. So what if Section 92(a) of the Rights of Persons with Disabilities (RPWD) Act, 2016 specifically provides for imprisonment in the case of disability abuse. When was the last time anyone heard of a politician being penalised under this?

In a letter to Umesh Sinha, Senior Deputy Election Commissioner, Dr Singh has urged the ECI to step in.

The non-action of ECI in such incidents.. can be considered as an apathy. Such apathy can be interpreted as acceptance — by the perpetrators, the public, and — worse — the marginalised voters with disabilities. If left unchallenged, slurs persists and grows, as we saw the disturbing trend being continued till now.. Best practices in election administration and outreach, from the perspective of disability rights, must be consistent with principles of individual autonomy, respect for the inherent capacity and dignity and political correctness. – Dr Satendra Singh, Member, Delhi State Steering Committee on Accessible Elections

Dr Singh adds that by stepping in and taking swift action, the ECI will help voters with disabilities feel supported and empowered. “I request the Commission to issue a stern warning to all political parties to use respectful language for people with disabilities and also to highlight provisions of Disability Act in the event of contravention”.

This is not the last time such words will be heard and as Assembly elections in Jharkhand come closer, no doubt other political luminaries will hold forth using similar words. The growing public outrage over such statements puts the spotlight firmly on the ECI and the steps it takes to put a stop to this.