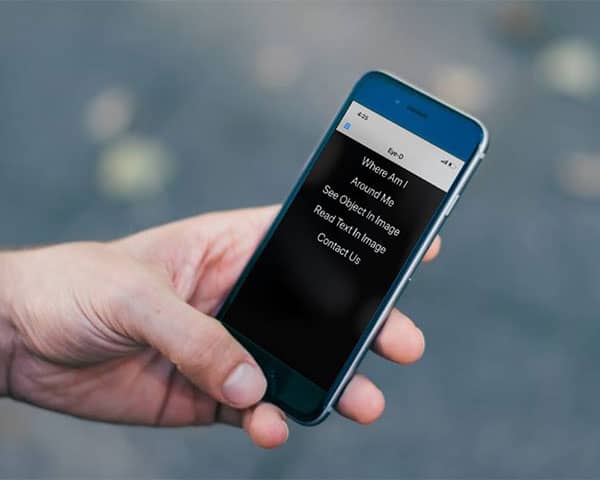 Bengaluru based GingerMind Technologies started an app called Eye-D in the year 2016 for visually impaired people. The app makes navigation and daily tasks easier for the user using Artificial Intelligence(AI). Ever since its launch, the app has been receiving huge applause from its users. The team at Eye-D is working on improving the app in order to reach out to more people. This is our story for the week on #TechThursday.

Technology has proved to be a huge blessing to people with disabilities by making even daily life tasks easier. Travelling, exploring places and even meeting new people are possible with latest Artificial Intelligence (AI) technologies. Bengaluru based GingerMind Technologies has developed an AI based app that can make navigation and other activities easier for visually impaired people. Developed and launched in the year 2016, their mobile app Eye-D has a huge following from across cities in India.

Ever since its launch which was almost three years back, Eye-D is popular not just in India but over 160 other countries across the globe as well. It all started when one of it’s founders Gaurav Mittal visited the National Association for the Blind as part of a SCR activity. Soon, he launched a team of his own to look into needs and requirements of visually impaired people. The team realised that a companion, who can talk to a visually impaired person about things around them would be a great idea. That is how Eye-D was developed using talk back technology. Ever since its launch, the app has a huge fan following, especially in India.

The idea was conceptualised by Microsoft and they have multiple such apps including Eye-D. I have used the app and I think it is quite interesting. Its interface is simple and not complicated. Taking AI to the next level is when machine learning quality has to improve. Anyone who can read and who knows to scan a barcode needs to know them. There is definitely scope for improvement for Eye-D as an app to reach out to visually impaired people-Amar Jain.

Apart from making navigation easier Eye-D does other jobs too. For instance, the user can know their location by using the where am I feature. They can also select the places that they want to go to. The around me feature will help them to know about banks, ATM’s or hospitals close by. The other few similar features also enable a visually impaired person to do things independently.

Users can even type out local languages in the Eye-D keypad which can be later be translated to English by the team. The app is available in both iOS and Android phones. The team is working on enhancing and improving the many features of Eye-D so that it can benefit more visually impaired users. “I have not tried it out personally, but have come across some good reviews about the app from other people who has used it. Eye-D helps us to find out our location and so on. I’am really looking forward to downloading it soon”, says Penav Mota, who is a blind law student.