Everyone is talking about Nike’s new hands free sneaker GO FlyEase. The “easy off easy on” lace-less sneakers require no hands making it accessible for not just people with disabilities but for everyone.

“At 16 years old, I am able to completely dress myself, but my parents still have to tie my shoes. As a teenager who is striving to become totally self-sufficient, I find this extremely frustrating and, at times, embarrassing.”

These lines are from the letter written to the Nike team in 2012 by Matthew Walzer, then a 16-year-old high school student. Walzer, who has cerebral palsy, was preparing for college and was anxious about he would tie and untie his shoes.

Walzer’s letter landed on the desk of renowned Nike designer Tobie Hatfield, who working with Special Olympians on similar challenges and was designing for Paralympians. Hatfield reached out to Walzer and began developing prototypes to address his specific needs.

In 2012, Hatfield and his team delivered a design to Walzer for testing but they were not done. Over the years they refined the design trying a number of no-lace solutions ranging from Velcro to zippers to cable dials. Hatfield also looked at existing Nike silhouettes, like the Hyperdunk and Zoom Soldier which aligned with Walzer’s favourite basketball player, LeBron James.

That culminated in the launch of GO FlyEase this month – a wrap-around zipper solution that opens the back of the shoe near the heel-counter, making it easier to slide the foot in and out. It also provides sufficient lockdown and eliminates the need to tie traditional laces.

In a statement, Nike said:

In the Nike Go FlyEase, this translates to serving the broadest range of active lifestyles possible — whether the wearer is champion fencer Bebe Vio, a student racing to class or a parent with their hands full. – Nike 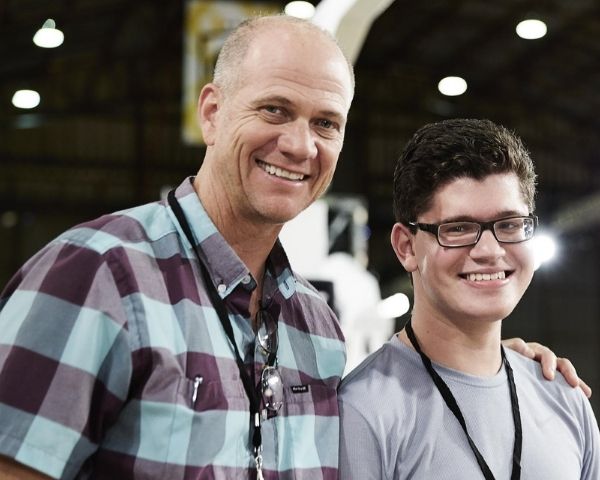 Vio, an Italian fencer who lost her arms and legs to meningitis as a child and competes in a wheelchair, walks using prosthetic legs. Putting on her shoes is usually a time-consuming activity. FlyEase has changed that. “Usually I spend so much time to get in my shoes. With the Nike GO FlyEase, I just need to put my feet in and jump on it. The shoes are a new kind of technology, not only for adaptive athletes but for everyone’s real life.”

GO FlyEase will be on sale from 15 February for US $120 for subscribers of the free membership programme on Nike’s website. There are plans to make them broadly available later this year. Photos shared by Nike show three colour choices – a mostly all black shoe with a dark blue accent; a shoe made in stripes of black, purple, orange, gray and blue; and a shoe in light green, blue, pink and white.

What makes the GO FlyEase such a breakout product is that it is truly inclusive. American Paralympic athlete Sarah Reinertsen, a member of the FlyEase design team, told CBS News that people with disabilities, pregnant women and busy parents were among those who inspired the shoe concept.

“If you design for the most extreme needs, then you’re unlocking benefits for everybody,” said Reinertsen.“If a shoe works for someone who has no hands, then it will work for people who have two hands.”

This is why @nike @flyease is so important. When you’re a 16 yr old boy, having to have help to dress yourself sucks. Nike Flyease means freedom. Thank you, Nike, from the bottom of our hearts. pic.twitter.com/wKUW0veJHT

This is why empathy & diversity matter so much. These are @Nike flyease shoes – they zip around the back to make it easier to put on if you wear splints/have limited movement. My 6 year old can now put both of his shoes on independently. Thank you. #disabilityisnotinability pic.twitter.com/kIXsyv3XlV