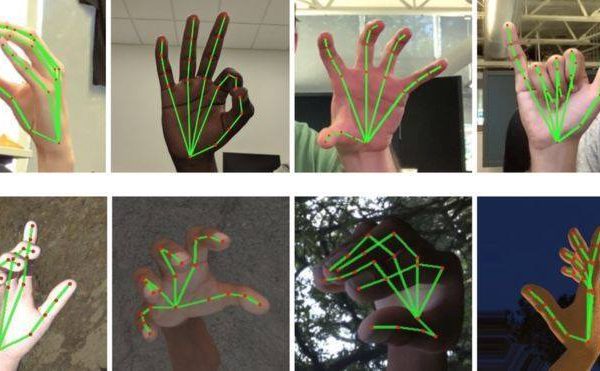 Google has developed a new software wherein smartphones can interpret sign language through hand gestures which will then be converted to speech. Google hopes that this new software will bridge the communication gap between deaf people and the hearing.

For a vast majority, sign language still remains unknown. So communicating with a deaf friend or relative becomes difficult. Tech giants Google are stepping forward to bridge this gap. Their new software claims to interpret sign language with the help of smart phones. The software will turn hand gestures into speech. Though they have not made an exclusive device for this, Google has already published algorithms which developers can use to make apps. People from the disabled community has welcomed this latest initiative by Google which aims to make communication easier.

Reportedly, this new software will identify the different motions and shapes of hands which will help in understanding what is being communicated. Such a technology was already available through computers and PC’s. Introducing this through smart phones is going to be revolutionary as more people can use it without hassles. Also, smart phones are something carried by people all the time.

Ruma Roka, Founder, Noida Deaf Society says that this new software can close communication gap between deaf people and the hearing community, but it also needs to cover the many aspects of sign language.

This is indeed a great step. But understanding and communicating with a deaf person is not only done through hand movements alone. Many signs are used in tandem with body movements, touch of shoulders, stomach, head and so on. There are many different sign languages in the world besides facial expressions. All forms an integral part of sign language and I hope this software will make things easier-Ruma Roka, Founder, Noida Deaf Society.

Earlier, different technologies have been introduced to read out sign language through PC’s and computers. But no technology could or can fully analyse hand movements or facial expressions. Google has pointed out that they are working on stabilising and improving this new technology to make communication easier and swift. Though the makers have focussed currently on American Sign Language, this would hopefully be introduced in India as well.

Many people took to social media to appreciate the efforts taken by Google to bridge communication gap between deaf people and hearing.

“This is brilliant. Possibilities with technology just continue to amaze me. Great provocation for communication skills”, tweeted Mark.

“Imagine if all the effort – & money – in the world going into these gloves & the suchlike (to “help”!) went into teaching more people signed language. This would be the minority helping the majority, not the other (and seemingly “usual”) way. How about it?”, tweeted Frankie McLean.