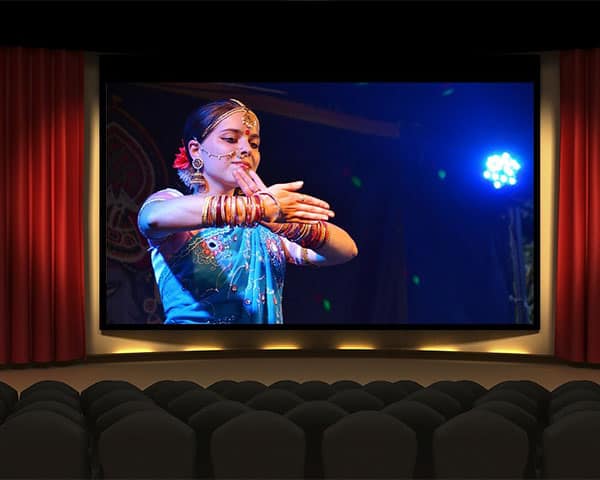 In a welcome move towards making films accessible to people with disabilities the Information and Broadcasting Ministry has directed the Film Producers’ Association and the Central Bureau of Film Certification to use audio description and closed captioning in all films that are releasing across more than 500 screens. That news development is our focus on #StoryOfTheWeek.

”It is a matter of concern that people with disabilities are unable to enjoy recreational activities of media and entertainment due to challenges in vision, hearing or comprehension resulting in their exclusion. The Rights of Persons with Disabilities Act 2016 stipulates that the Government shall take measures to develop, technology, assistive devices and equipment to facilitate access and inclusion for persons with disabilities in recreational activities”

Will this 2 October 2019 notification by the Information and Broadcasting Ministry to the Film Producers Association and the Central Bureau of Film Certification (CBFC) pave the way towards making India’s most popular form of entertainment accessible to disabled audiences?

The Ministry directive goes on to urge film producers to “motivate and persuade” associated members to “make Audio Description (AD) a part of the production and distribution process of a film itself”.

Speaking to NewzHook, Anil Nagrath, of the Indian Motion Picture Producers’ Association (IMPPA) said that the details of the directive have been forwarded to all film producers’.

We are treating this as an advisory and have informed all the producers. Let me also make it clear this is possible for big budget film producers only. For small budget films, this is not possible, especially when there are so many languages involved. We definitely want to include people with disabilities but AD cost a lot of money and needs endorsement from the censors as well. This is practical for films that have budgets running into crores. – Anil Nagrath, Secretary, Indian Motion Picture Producers’ Association (IMPPA).

Sangeeta Robinson, Head Sustainability and Inclusion PVR Cinemas who has been widely credited for her work around inclusive entertainment at PVR points out that “as per conventional estimates, there are approximately 12 million and 18 million visually impaired and hearing impaired people respectively in our country. This move by the Ministry of I&B has the potential of opening up an all-new world to them in addition to providing the opportunity to serve the unserved population of our country.”

India’s largest multiplex chain, PVR Cinemas has taken the lead when it comes to making films accessible for people with mobility, hearing and visual challenges with its Accessible Cinema Program. “As you are aware, PVR is committed to providing access to everyone under its #Cinema4All program rolled out last year when we announced 50 wheelchair-friendly cinemas to commemorate World Disability Day (3 December 2018)”, said Gautam Dutta, CEO PVR Limited. “We have also been supporting and exhibiting films with AD since August 2018 with the help of the XL Cinema App as well as marking subtitled shows on our website and app. We welcome this move by the Ministry of Information and Broadcasting, and are well prepared to stream films with AD and Captions.”.

Till date, PVR has exhibited the films Sanju, Andhadun, Thackrey and Romeo Akbar Walter (RAW) with AD through the XL Cinema App as inclusive shows. The AD for these was provided either by NGO Saksham or the app. Visually impaired filmgoers can download the app on their smartphones and listen to the AD through headphones connected to their smartphones.

XL Cinema app co-founder Kunal Prasad, who was present at the stakeholders’ meeting with the I&B Ministry says the response to the app shows the huge potential.

The Ministry intervention, he goes on to say, will finally see the law being implemented. “Sections 41 and 42 of the Rights of Persons with Disabilities Act 2016 clearly mention that electronic content must be made accessible with AD and closed captions. Right now it’s in the nature of an advisory but this will soon become an implementation of the law once the modalities are worked out. I&B Minister Prakash Jawdekar was very sensitive to the fact that this should come into force and I believe that it will in the near future”.

Among those to support this directive is disability rights advocate Nipun Malhotra who has been petitioning to make this a reality for long. In a Facebook post, Nipun said, “Thrilled that after multiple representations and RTIs by me and various other representatives in the disability sector, the Ministry of Information and Broadcasting has taken positive steps to include audio descriptions for the blind in movies”.

Independent filmmaker Bela Negi says that to encourage more film producers to embrace accessibility, the regulations should be imposed in a way that they don’t become a liability for filmmakers. “Perhaps if there were some concessions for films complying with these guidelines then it would motivate more people to do it. One way could be for these films to be promoted with tax concessions”