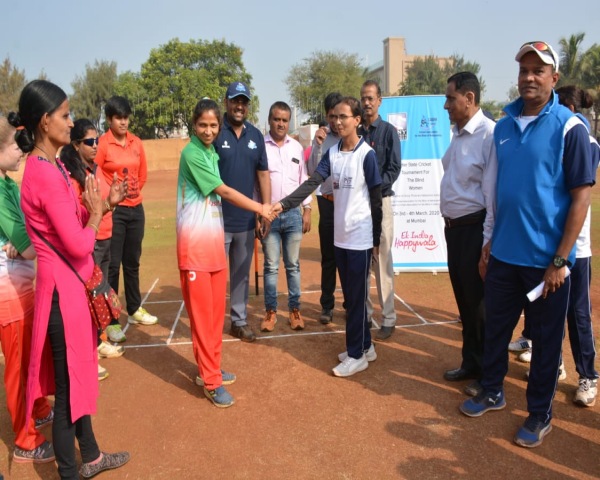 As India prepares to battle it out with Australia in the ICC Women’s T20 World Cup final today, history was made back home as well in blind women’s cricket. The first ever inter-state cricket tournament for blind women was held in Mumbai. Gujarat walked away with top honours.

A spirited performance by the Gujarat blind women’s cricket team ensured a comfortable victory over Maharashtra in the first inter-state cricket tournament for blind women in Mumbai this week. Gujarat won all their three matches against the home side.

The tournament was organised by the Cricket Association for the Blind of Maharashtra (CABM) with the support of Sony Pictures Networks India Pvt. Ltd. The CABM is affiliated to the Cricket Association for the Blind in India which is affiliated to World Blind Cricket Council. It has been working to promote blind cricket in the state since 2011 and covers tournaments across five districts – Mumbai, West Maharashtra, Khandesh, Vidharbha, Marathwada and Konkan.

Maharashtra and Gujarat played three matches of 15 overs each. Gujarat won all three matches comfortably and the start performer were Puriben in the B1 category, Thakuben in B2 and Chandrakala Shirtode in the B3 category.

Gujarat’s performance was pretty incredible given that this was their first inter-state performance. “We never expected to play so well”, says Kukadiya Takhu, Captain, Gujarat’s blind women’s cricket team. “We have a good team, but we don’t have much experience playing competitive cricket”.

Maharashtra captain Ganga Kadam admits her team was outplayed right through. While disappointed with the outcome she is happy that blind women’s cricket is finally getting a larger platform. Ganga, who is 20 years old and has low vision from birth, got hooked to cricket while studying in Solapur.

I started playing cricket in class 10 while studying at a school for the blind in Solapur. I would see other kids playing and joined in. I consider myself an all-rounder and look up to Virat Kohli and Mithali Raj. They inspire me to improve my game. – Ganga Kadam, Captain, Maharashtra blind women’s cricket team

Syed Shahrukh, who plays for the Gujarat blind men’s cricket team and coaches the blind women’s team as well is happy that the team is getting a platform to showcase its skills. “The Gujarat team is really good, but they never got the chance until now to show their skills. They need to have more confidence on the field and bring more aggression into their game”. He is confident that with more experience, they will learn how to put the other side under pressure.