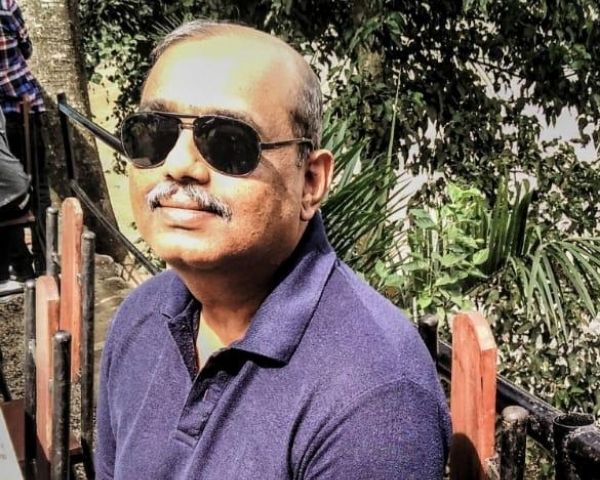 Patience and tenacity helped Harish Kotian carve a way forward at a time when awareness about disability and disabled people was visually non existent in India. This month on the eve of his retirement from the Reserve Bank of India Kotian, who is also one of the founder members of the Blind Graduates Forum of India, talks about his learnings from the battles he fought every step of the way.

A firecracker accident at the age of 14 left Harish Kotian totally blind. That put an end to his dreams of joining the Indian Air Force and fighting for the motherland. What it sparked off was a different kind of battle.

“I managed to complete class 10 and took up a rehabilitation course with the National Association of the Blind. I wanted to take up science but that was ruled out by a college principal as it would be difficult”. As someone who was recently disabled, Harish decided not to push his case and chose arts. “I joined the Reserve Bank of India as a telephone operator and completed my schooling”.

He went on to graduate in Economics and Political Science and then post graduation at Mumbai University.

In the early 80s when Kotian finished graduation there was no awareness about accessible technologies in India. But he knew the impact it was making in the lives of disabled people elsewhere in the world. “I learned that blind people were using computers in other countries and looks for more information. I realised it was possible, that there were technologies available.”

The challenge was finding a computer training centre in India that would teach a visually impaired person. Kotian was rejected by many.“I finally got a place in one in the regular batch and I was the only blind person on that class. There was no accessible technology at the time”. Kotian topped that batch.

He persisted with his efforts to get hold of accessible technologies and got lucky when someone gave him an Apple 2E computer. “It had speech but only for document making, which did not help me much”. Eventually he got to use accessible technology at the National Centre for Software Technologies. “I got my own PC and started practising and did other programmes”.

Kotian went on to become the first visually impaired computer programmer in India but that did not mean it made the road ahead any easier.

Just because I learned programming it didn’t mean I got enrolled into the RBI. In the mid 80s all the competitive exams had a clause that students should write in their own hands with a particular HB pencil. There was no question of a scribe. It was not possible to write any competitive exam. As far as computer programming was concerned that job role came under the officer’s domain. As I was in the clerical domain, there was no way I could work as a computer programmer. Even though I was eligible to write the officer’s exam in 1986 they did not give me a writer. – Harish Kotian, Co-founder, Blind Graduates Forum of India

It would take nearly 10 years before the RBI allowed Kotian to write the exam. Today he is happy that the processes are much smoother for visually impaired people. “More than our disability and shortcomings, the bigger problem is how the able bodied think of us, their perception of our abilities. That mindset is hard to break”, he says.

As one of the founders of Blind Graduates Forum of India (BGFI), his focus has been to change this through creative solutions. “We undertook an awareness walk from Pune to Mumbai at a time when these things were rare. The Films Division was fascinated by this and made a documentary on that journey.”. Another notable initiate by BGFI members was to fill up potholes on Mumbai streets followed up with a petition in the Bombay High Court. This led to an interim order that any excavation undertaken should be properly marked out.

Kotian is also involved in the promotion of computer literacy to visually impaired persons, and is a consultant to organisations like Vinayan Project of Tata Institute of Fundamental Research, Mumbai, Indian Guild for the Blind and the Computer Society of India. He was part of an international initiative on developing an open source DAISY format e-text player for people with vision impairments.

“Harish is one of the first people with blindness who adapted to the era of technology and is perhaps the first to have technology at mainstream institutions”, says Srinivasu Chakravarthula, Senior Accessibility Program Manager, Watermark Inc. Srinivasu, who is visually impaired, calls him an inspiration. “During his term working at RBI, Bangalore, he provided guidance to National Association for the Blind, Karnataka”.

After retirement, Kotian plans to continue his work in the area of accessibility.

“I like to work in the area of accessibility, education, especially for blind and disabled people in general. There is a need to look at solutions in a different way, to understand the problem and find solutions that are different and more effective”.