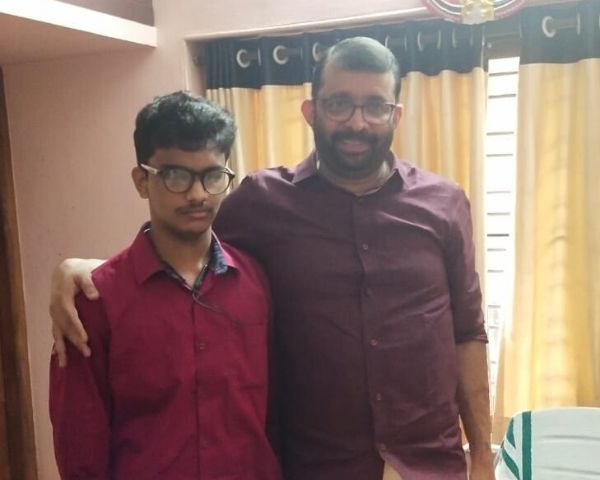 15 year Haroon Kareem was Kerala’s first visually impaired student to write class 10 exams using computer. He had scored an A plus in all subjects. Haroon talks to Newz Hook about his big dreams and aspirations.

Haroon Kareem is all smiles. This 15-year-old was Kerala’s first visually impaired student to write the class 10 board exams using computer. He then scripted history again by scoring an A plus in all subjects for the exam. Haroon, a powerhouse of determination and confidence talks to Newz Hook about his love for computers, dreams and aspirations.

Marking his name in history

Haroon is a student of Mankada government school in Malappuram where he has been studying since class 1. He writes notes, studies and even attends exams using computer.

Technology has been a part of my life since a long time. I have been studying and taking my exams using computer since I was in class 8. My school authorities have also supported me in it. So when I had to write my board exams, I couldn’t think of using a scribe- Haroon Kareem.

Confident about taking up exams on a computer, Haroon, who studied in a state syllabus school, approached officials. But they did not give him a positive response. He wrote to Kerala Legislative Assembly Speaker P Sreeramakrishnan who visited Haroon’s home after receiving the letter.

“He told me that I will write exams using computer. Sreeramakrishnan sir is the one who directly contacted the state education minister C Raveendranath for me. Without any further delay, the minister approved my requirement”, says Haroon.

Within a few days, Haroon got the permission from state government to write his Secondary School Leaving Certificate (SSLC) using computer. Haroon’s results were out last week and he has scored an A plus in all subjects.

Haroon says that he was born to be a techie! He was always fascinated by technology and wants to build a career in it. A youngster who is very ambitious and determined, Haroon knows what he wants to do in the future too.

“I want to pursue computer science for class 11 and 12. Then I aspire to do a software engineering course from Stanford University”, he smiles brimming with confidence.

Haroon has all the support from his parents and siblings. “My parents always tell me that if I’am ready for it, then I can reach for the stars”, he says.

Soon after the exams, Haroon had told his parents that he is confident of scoring well. So he got his gift in advance and a mobile phone it was! The phone that has all the accessible features is something that Haroon always wanted.

“I don’t believe in having role models because we tend to copy them. It is always best to identify the good things about a person and follow that in your life. You must have the wisdom to identify the rights and wrongs”, says Haroon.