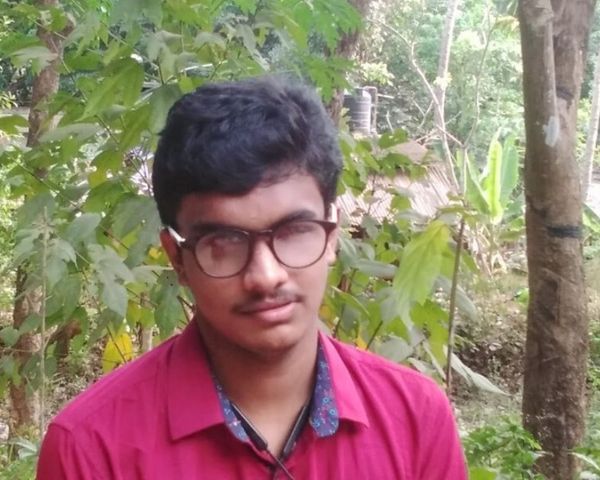 Kerala’s Haroon Kareem, a visually impaired student who took his class 10 SSLC exams using a computer, has got an A plus in all the subjects! Haroon has scripted history twice and is a role model for many youngsters to follow.

Haroon Kareem, a visually impaired student from Kerala has proven that dreams can be a reality if you work hard for it. Haroon, who claims to be Kerala’s first visually impaired student to write the class 10 board exams using a computer, scored an A plus in all the subjects for Secondary School Leaving Certificate (SSLC) examinations which was held last month. All the hard work has finally been paid off for Haroon.

Haroon is a student of Mankada Government Higher Secondary School. Since a young age, he has been using computers to study, pursue classes, assignments and other activities.

He was determined to write his class 10 exams without the help of a scribe, which is the conventional way of how visually impaired students write their exams. Haroon wanted to put in all the efforts to write the exam successfully without any external help.

Before the lockdown began, he had enquired with officials on writing exams using a computer, but they refused citing various reasons. Haroon even posted this on his Facebook which then went viral.

Knowing about this, state education minister C Raveendranath met Haroon and issued him special permission to write SSLC exams using a computer. This was indeed a great and much needed start.

Haroon’s efforts have finally been paid off when the SSLC results came in last week. He scored an A plus in all the subjects.

Speaking to ANI, Haroon said, “By using a computer provided by the authorities, I am happy that I kept my self-pride high. Writing all subjects using a computer is not an easy task as language subjects are diverse”.

Husna Ameen, who is visually impaired, is a computer trainer from Kerala. Husna who knows Haroon says that the young boy has always embraced technology from a young age.

“We have a WhatsApp group for visually impaired people where technology is the most discussed topic. So once when Haroon raised this doubt about writing an exam using computer, I was not aware that he is such a small boy. But he later told that he was a class 9 student. I felt wonderful that a young boy is so determined at such a young age! He has tested accessible software and devices, and wants to keep learning about them. So Haroon has definitely put in a lot of effort. He has taken up a path-breaking challenge and won it with determination”, says Husna.

“It was his vision and dream to write exams using computer. He will always remain a wonder to me and is indeed a pride to the visually impaired community”, she adds.

Karthik Sawhney was India’s first visually impaired student to write an exam using computer back in the year 2012. More students with visual impairment can get inspired from youngsters like Karthik and Haroon and follow their dreams!