Mumbai-based triathlete Huafrid Billimoria is the first person with dystonia to swim 10-kilometres. Huafrid achieved this feat swimming off Juhu Beach on Sunday. Dystonia is a debilitating neurological condition that causes muscles to contract uncontrollably.

Two records in little over a week for Mumbai triathlete Huafrid Billimoria. A little over a week after he became the first Indian with dystonia to complete the famous swim-athon from sunk rock to Gateway of India in Mumbai, he swam 10-kilometers off Juhu Beach on Sunday.

24-year-old Huafrid was four among 12 people to achieve that feat. He is also the first Indian with dystonia to swim 10-km in the sea. Dystonia is a prolonged neurological condition that is debilitating. It causes the muscles to contract in an uncontrollable manner.

Huafrid, who was diagnosed with the condition at the age of 16, has never allowed that to come in the way of his passion for sports, even while battling additional challenges like severe learning disabilities and ADHD.

The 10-km distance was incredibly tough at points as Huafrid shared.

Only four out of 12 swimmers finished the distance and I was one of them. They were my able-bodied compadres who I respect and look up to from the bottom of my heart. This tells you how difficult the swim was. At a point I just wanted to stop swimming and felt like giving it all up. The first five kilometres were as smooth as applying butter on bread except for my OCD turning up its heat with the weird negative repetitive thoughts. – Huafrid Billimoria, Triathelete 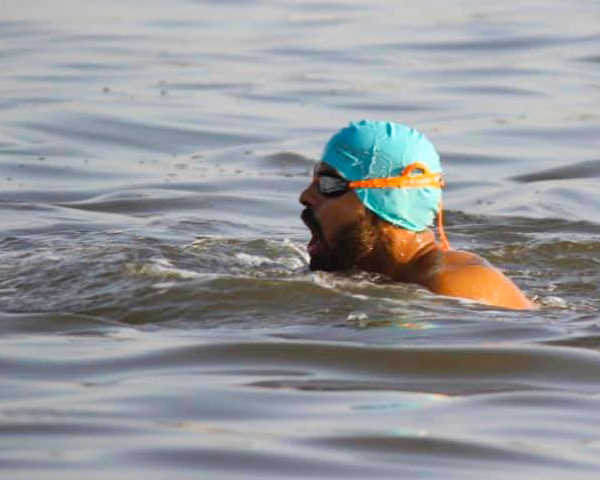 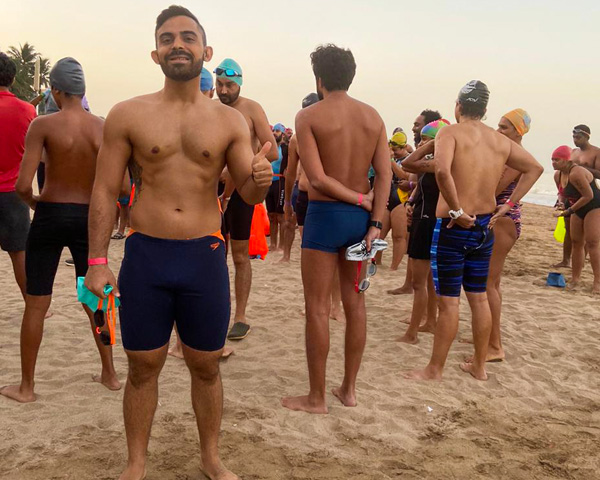 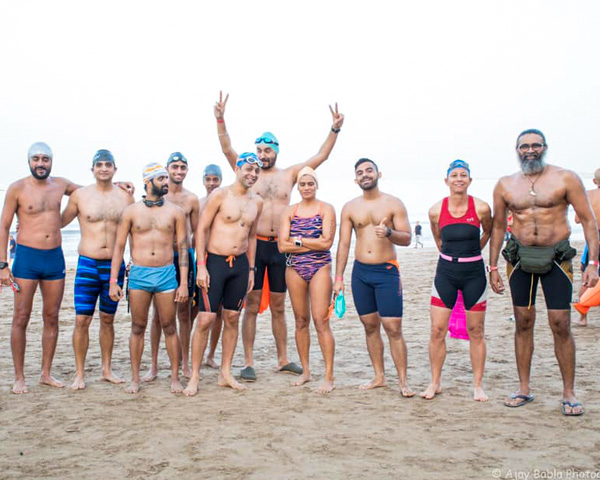 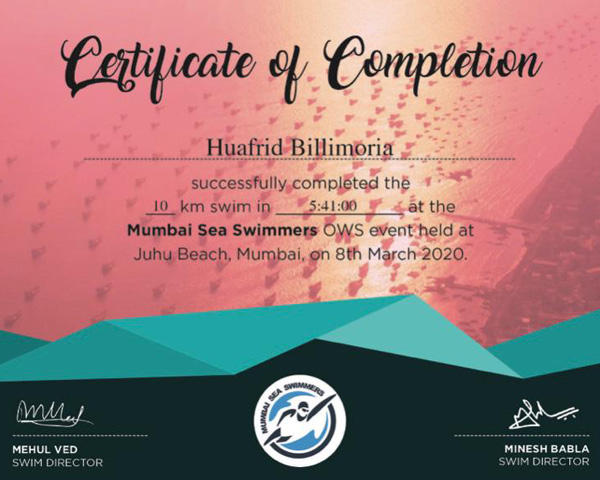 Huafrid says he kept himself going by remembering the tough times he faced in childhood including the bullying from classmates and teachers. “I was like it’s going to be do or die but there ain’t be going to be quitting!”. Huafrid says he uses his experiences to motivate himself “I use them as fuel to prove to myself that I deserve this more than anyone.”

Apart from swimming, Huafrid has also added martial arts to his routine. He started swimming over a year ago despite facing difficulties due to his condition. Thanks to his coach Deepthi Indukuri he was able to overcome these challenges.

“His anxiety is quite dominant, so we often had very long discussions about tackling this”, said Deepthi in an earlier interview to NewzHook. “What worked well was helping him understand why we are doing something and to experience the changes”.