Journey of siblings Ritesh & Meghna is the most beautiful ‘RakshaBandan’ story on the internet now! 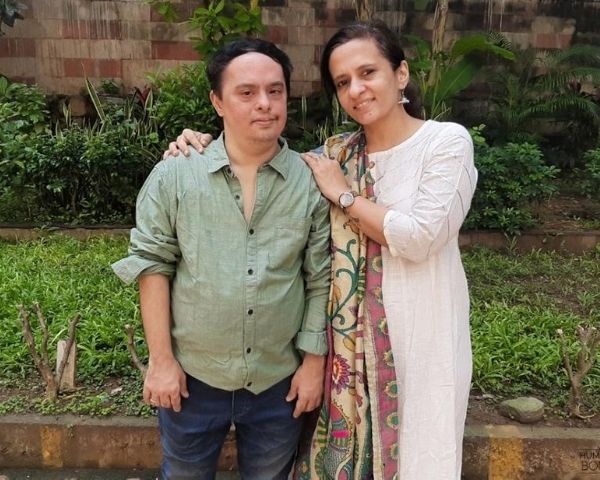 On Raksha Bandan, the story of Ritesh who has Down syndrome and his sister Meghna was shared on the Facebook page of ‘Humans of Bombay’. Meghna narrating about their journey together as siblings has won hearts with over 10,000 likes and more than 300 people sharing it. Their journey highlights how love and understanding from thei own family can make a positive impact on lives of people with disabilities.

‘Raksha Bandan’ got over on 3 August, but the strong bond between brothers and sisters are to last forever. We come across interesting stories about how siblings have stood by each other amidst all odds. But the story of siblings Ritesh and Meghna that was recently shared on Facebook’s ‘Humans of Bombay’ (HOB) page is winning hearts like no other! Meghna narrates how she has stood by her brother who was diagnosed with Down syndrome. In fact, they always had each other’s backs.

Journey to a strong sibling bond

Meghna, in her story to HOB starts off by saying that within a year after birth, her family knew her younger brother Ritesh was a ‘special kid’. He would fall ill often and needed mom and dad’s attention all the time. Though Meghna was jealous about it, all that was overcome when Ritesh saved chocolates for her!

Growing up was tough for Ritesh as he was often bullied because he wasn’t ‘normal’. So Meghna was always protective of him. Once kids in their society were teasing him with a girl and urged him to ask her out. Ritesh thought they were serious and was about to when Meghna intervened and shouted at the others.

“After that, I decided to never leave him alone; I took him everywhere I went. Still, as much as I tried to protect him from the world, there were times when I just couldn’t. During his teenage years, people would ask, ‘Is he mad?’ ‘Why is he like this?’ So I’d literally lecture them on Down Syndrome!”, says Meghna.
Ask her if she would change anything for Ritesh and no is the answer! “He is the most loving person I know”, she says.

It was time for Meghna to get married. They were four siblings, but Ritesh and Meghna were the closest because the others had got married off soon. So the duo literally grew up together.

“When my husband came to see me for marriage, Ritesh naively asked after he left– ‘Just like our older sisters, you’ll leave me too na?’ I told mom and dad, ‘If I have to leave Ritesh, I don’t want to get married!!’ So he said, ‘Don’t worry– I’ll come with you!’. But we both knew that wouldn’t be possible”, she says.

On Meghna’s wedding day, her loving brother sent her away with the biggest smile. Ritesh then told her husband, “Look after Meghna”, and even today tells the same thing to him.

Living with a disability

Ritesh who is now 37 years old manages a mobile store. But according to Meghna, people still try to take advantage of him.

Upon realizing that he has Down syndrome, many people have cheated him. Two years back, someone tried to snatch away the gold chain around his neck. Meghna and her father saw this on CCTV and rushed to Ritesh.

“Every year on Rakhi, he promises to look after me, I’ve never understood why it’s only the brother who has to protect the sister. I’ve made a silent promise to protect him until the end of our days– I’ve got his back, and no matter how old we get, he’ll never stop being my baby brother”, says Meghna.

The story is truly an eye-opener to how family members can stand by people with disabilities to make a positive impact on their lives.