Thanks to Bangalore Humsafar, support is a phone call away for Down syndrome families 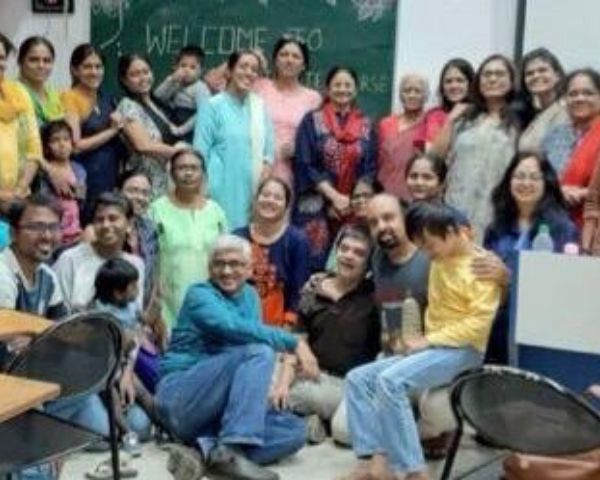 The birth of a child with Down syndrome is often followed by months, even years of confusion and helplessness for parents. This is because information about appropriate therapies and interventions are not available. A similar experience led Tejal Shah to start Bangalore Humsafar, a support group that empowers parents with Down syndrome kids in Bengaluru.

Helplessness. Confusion. Bewilderment. These are just some of the words parents with children with Down syndrome use to describe what they go through in the initial years. It was no different for Tejal Shah, a Bengaluru parent, when her daughter was diagnosed with this genetic disorder.

Support came for Tejal from Dr Rekha Ramachandran, the Chennai-based co-founder of Down Syndrome Federation of India, whom she calls a life-changer. “She made me see that my daughter was no different from any other child. I met her at the right time and thanks to her, I was introduced to the right people”.

First support group for Down syndrome families in Bengaluru

That led Tejal and a fellow parent to start a support group in Bengaluru in 2014. Called Bangalore Humsafar, the group is dedicated to families with children with Down syndrome. Over the last nearly six years, Humsafar has grown to include over 250 parents. The other co-founder parent moved to the United States a few years ago and now Tejal, who is also a special educator handles the group activities.

Humsafar is the first support group for Down syndrome families in Bengaluru. Earlier parents in this city had to travel to Chennai for advice and therapies. Now it is all organised here. We have medical teams all over the city and we have regular parental feedback about therapists and doctors. In May 2015 we also organised the first nationwide meet where over 90 families from across India participated. – Tejal Shah, Co-founder, Bangalore Humsafar

Bangalore Humsafar’s scope is wide ranging. Not only does the group guide parents to the right doctors, therapists and counsellors, it organises regular medical camps in Bengaluru. “We are associated with the Rainbow Hospital where early check-ups are carried out and parents get to know what is required for the child on a regular basis”, says Tejal.

Course in Down syndrome awareness launched

To create larger awareness and acceptance Tejal has developed and established the first formal course in Down syndrome in partnership with DSFI and Information and Resource Centre (IRC). The four-month programme is for anyone who wants to know more about the condition and work with people who have Down syndrome. The aim is to empower parents with the right information at the right time. Doctors, therapists and mainstream schoolteachers are a part of the course.

Anita Choradia, parent to a nine-year-old with Down syndrome, who joined Bangalore Humsafar 10 months ago, recently completed the course. “Thanks to this group, I have met many parents with children with Down syndrome. Earlier I knew very few and one felt lonely and at times quite low. Doing the course has helped me become an aware parent”.

Given the hectic time schedules and distances, group members are not able to meet often but stay in touch through WhatsApp. ’I got to know about Bangalore Humsafar a year after my child was born through her paediatrician”, says Arpana Sansarwal, mom to a three-and-half-year old with Down syndrome. “Through the group, I have discovered so many children like my daughter. I can reach out to them at any time for help and seek guidance about any matter”. Arpana too has done the course. “I have understood many things about Down syndrome and my understanding about children with this condition has grown”.

Having built a community of parents, Bangalore Humsafar’s next big goal is to build inclusion in schools in Bengaluru. “That is the biggest project we are looking at”, says Tejal, who believes that mainstream schools should enrol children with Down syndrome for real inclusion to happen. “A larger attitude change is what we are out to achieve”.