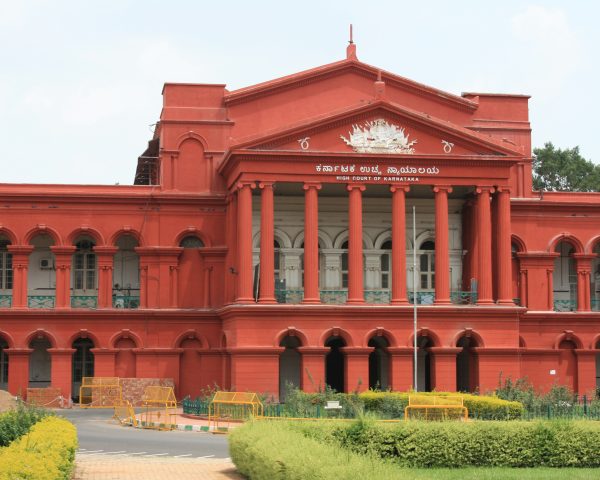 A recent pan-India study has found that courts in Karnataka fare poorly when it comes to access to people with disabilities. Disability rights groups agree and are asking the government to finally do something about it.

When Narasimhaiah, a senior citizen in Bengaluru, had to visit a city court for a civil case, he underwent nothing less than an ordeal. A visually impaired man, Narasimhaiah says he struggled every single time as there were no Braille facilities in the court. Given the various chambers, he had to depend on someone else to move around.

Narasimhaiah’s is not an isolated experience. This is commonly voiced by people with disabilities who come to the courts across Karnataka. Now a study by the Vidhi Centre for Legal policy, Tata Trusts and Jaldi has highlighted the poor arrangements in terms of accessibility, be it barrier-free facilities, display of information, security, and others. The score given to Karnataka is 54 out of 100. That this is the state of affairs over two years after the RPWD Act, 2016 came into effect is a shame.

Madhu Singhal, who is visually impaired and heads an NGO called Mitra Jyoti says its high time officials look at a wider perspective and did not stop at wheelchair ramps alone.

Accessibility starts from initiating case proceedings in a disabled-friendly manner to having accessible websites, books and other infrastructure. Ensuring that there are wheelchair ramps or Braille signage does not complete accessibility tests. Half of the visually impaired people do not know how to read Braille. So it is high time that government enhances technological features like introduction of audio facilities and so on. I can say that no courts in Karnataka are fully accessible or disabled-friendly. – Madhu Singhal, Founder, Mitra Jyoti.

Another struggle faced by most disabled people are the long waiting hours at courts. There is no system to provide speedy justice. And given the lack of accessible washrooms and waiting areas, this becomes a problem.

“Many people with disabilities find it hard to wait for their cases at courts”, says Bonny Karyappa, a lawyer from Karnataka. “They get upset and demand a speedy trial but the court has many pending cases. Officials don’t know how to handle them and I believe it is due to sheer lack of awareness about disability laws”.

For people like Narasimhaiah, the struggle is compounded by official apathy. “Officials have no time to hear our problems because they are busy with their work. It is very difficult to move around”.

The report, it is hoped will make the government step up and finally look at making official buildings accessible, a key provision of the RPWD Act.