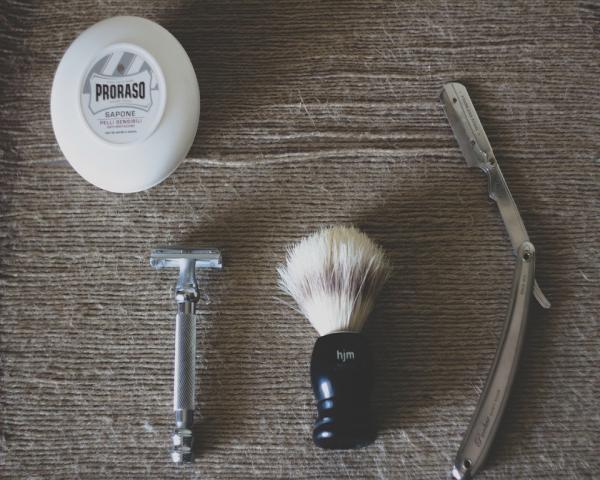 Personal grooming is an important skill that all men must acquire at an early age. Learning to shave is a critical aspect of this. However, shaving on your own may seem potentially dangerous for blind and low vision men. But that need not be the case. Here are some tips for visually impaired men who are starting to shave or want to improve upon their skills.

Ahmedabad-based Maitreya Shah started shaving by the age of 14. “My dad taught me how to shave”, says this law student who is visually impaired. “Soon I started shaving independently and I use normal razors”.

Not all visually impaired men have such a smooth start. For Delhi-based Prashant Ranjan Verma, it was quite the opposite.

I lost my eyesight when I was around 19 years old which is about the time young men start shaving. I did not receive any proper guidance and started off by using razors. I would touch my beard with my fingers and try to cut it off totally. I would unknowingly shave in the opposite direction and sustain cuts and bruises. As a result, over the years, my beard has become hard and the direction of hair growth is not natural. I wish there had been someone to guide me. – Prashant Ranjan Verma, General Secretary, National Association for the Blind

Prashant believes there should be some training guide or manual on shaving. “This is especially important for visually impaired men as we cannot see our faces in the mirror and check where the hair is. We go by touch and feel, and this is not always for the best”.

Financial analyst Ajay Minocha had to start learning how to shave independently when he was 22 years old. He had just finished his MBA at the Indian Institute of Management, Indore (IIM-I) and moved to Mumbai for a job. “I started shaving when I was 18 and for the first six years, I went to a salon as there was one close to my home and later my institute. But in Mumbai there was nothing close to my housing society and my dad said it was time I learned”.

Ajay’s father taught him how to shave with a razor but when it came to doing it on his own, there were some initial struggles. “Choosing the right kind of blade, making sure the shaving cream did not spill and figuring out the optimum direction for your face, these were some of the challenges”. Vineet Saraiwala, who also works in Mumbai, visited a salon for a long time until he started working. “I was doing my internship in a private firm where I felt the need to learn shaving on my own. Initially,I was afraid of scratching my cheeks because you needed to rely on touch rather than sight. I also could not see if any hair was left to be cleaned”. Vineet’s dad stepped in at first. “He taught me for the first time and I gradually picked up the skill”.

It would take Ajay 35-40 minutes to shave himself properly. “Now I do it in 15 minutes. I prefer the traditional shaving kit over electric razors as they clean better. Also, the noise the blade makes upon contact with the skin is more noticeable than in an electric razor”. However, Ajay cautions that choosing the right blade in a manual kit is important to prevent cuts.

For Prashant, electric razors have helped allay some of the pains of shaving. ‘Since I switched to electric razors, things are better. I use a Philips make with multiple blades as I have to shave daily, and it takes time because of all the mistakes I made”. Vineet too prefers electric shavers as he does not have to worry about cuts. “I can touch and feel the skin much better compared to a razor. Philips shavers are quite good and you can charge with a AC adapter”.

So, what are some of the basic tips to keep in mind while shaving as a visually impaired man?

Some other grooming tips are to check for excess hair in the ears. These can be trimmed with scissors or an electric shaver. “Always check your nose as well because sometimes there’s hair which looks bad when not cut off”, adds Ajay.

Don’t stick to one thing alone. Check out manual and electric options and choose what works best for you. There are some manual razors with lubricants in them which makes shaving really smooth. Similarly, if shaving cream is hard to manage, go for shaving foam. All you have to do is spray it into your hands and apply.

“Practise and trust your other senses and you will start mastering the art of shaving”, advises Vineet, who believes that it’s a good idea to take your time over it. “Sometimes you might cause your skin to burn if you try to do it fast. Plan for your shaving time and work towards mastering it”.