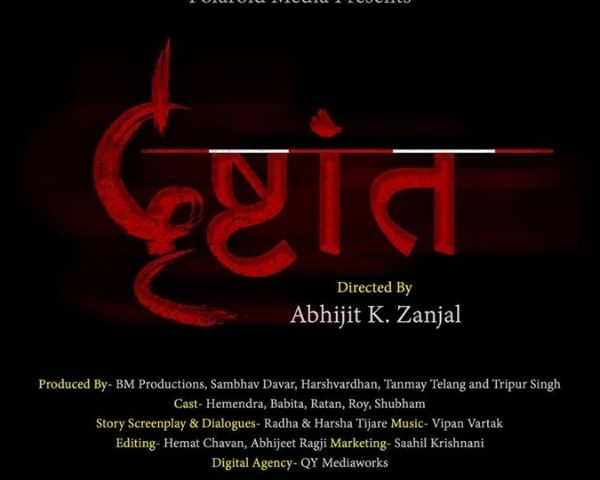 An upcoming Marathi film is set to make history as the first Indian regional film to have an entire unit of visually impaired actors, singers, musicians and dubbing artistes. Drishtant, directed by Abhijit K Zanjal, aims to raise awareness about organ donation.

First time director Abhijit Zanjal is out to make an impact with his debut film Drishtant. The film has 15 unit members who are visually impaired and these include actors, singers, musicians and dubbing artistes.

Zanjal started working on the film 10 years ago and says this will be the world’s first full length feature film with such a large unit of visually impaired people.

Visually impaired people are a part of our society but they are not included in films. Just because they cannot see, we disregard them. There are so many films about visually impaired people but the actors playing the part are always able bodied. When I drafted the script, a thought struck me that why not use visually challenged actors to play these roles? This thought developed into an idea and I’m glad I made the film. I’m sure this film will change people’s perspective. – Abhijit Zanjal, Director, Drishtant

Film with a social message

The story has been written by Zanjal’s wife Harsha Tijare and the film was shot in Goa and the Konkan region. Currently Drishtant is in the post production stage. The film has many social messages, the key one being the importance of organ donation.

“When we leave the world, we can give life to five people at least”, says Zanjal. “You don’t have to be a multimillionaire to make a difference to others. Just the simple act of donating your organs after death can make a world of a difference”.

Finding the right cast was a challenge as many actors dropped out as they found jobs or did not have the support of their families. It took almost three years before the final cast of actors was finalised. The lead character Anjinkya is played by Hemendra, who makes his debut in the film. Hemendra calls the project a dream come true. “I am excited and honoured to be a part of this. Shooting was difficult but it was a different experience and I’m sure the movie will strike a chord with audiences.”

This is a truly a labour of love for Zanjal who struggled for financial support while making the film. He took loans from friends to see it through and it was only recently that producer Tripur Singh heard about the theme and stepped in to back the project.