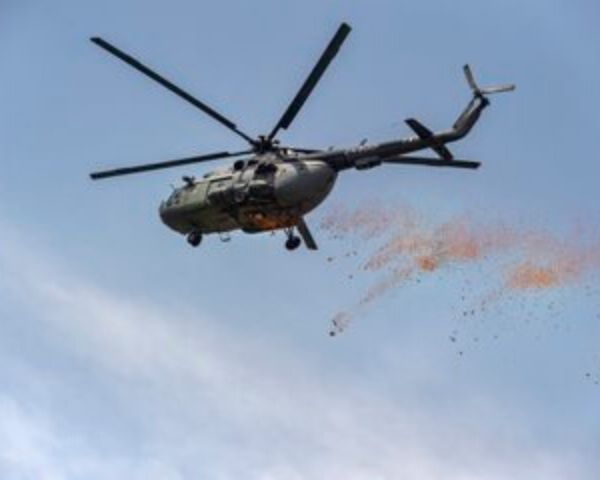 On Sunday, the Indian armed forces put up an extraordinary show to felicitate India’s Corona warriors. The country’s doctors, healthcare workers and others have been in the forefront in the battle against Coronavirus. Fighter jets flew past hospitals in Indian cities and were seen showering flower petals in the aerial show. There were performances by military bands outside hospitals.

Prime Minister Narendra Modi took to his social media to share a video of the various events held by Indian armed forces on Sunday.

Saluting those who are at the forefront, bravely fighting COVID-19. Great gesture by our armed forces. – Prime Minister Narendra Modi

The three chiefs from Indian army, navy and air force honoured the police officers across India on Sunday. By 10.30 am, the fighter jets showered flower petals atop Rajiv Gandhi Super Specialty Hospital, Sir Ganga Ram Hospital and Deen Dayal Upadhayay Hospital in Delhi and many other hospitals across India. Navy ships docked at Chennai and Mumbai ports were decked up with lights as an act of solidarity to healthcare professionals.

Health workers from across the country said that they were deeply touched by the gesture of Indian armed forces and the mega drill that took place on Sunday.

In India, the number of Coronavirus cases rose to nearly 40,000 on Sunday. 1301 people have reportedly died from the virus.

Many social media users criticised the initiative of armed forces saying that there were bigger priorities that needs to be sorted during these tough times.

Sharing a video of the arial show, journalist Saahil Murli Menghani tweeted, “This was recorded by my cousin who is also a doctor. Showering of flower petals over Delhi’s Ganga Ram hospital. The same hospital where 3 HEALTH WORKERS have so far tested positive for coronavirus. Our doctors need PPEs. Why have we set our priorities wrong?”.