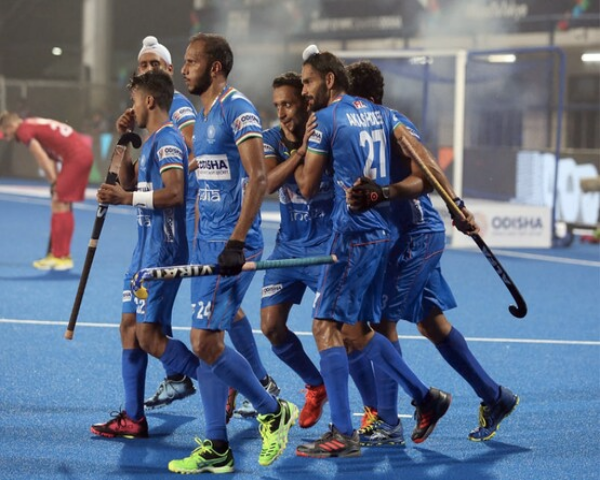 Eight-time winners India have qualified for the 2020 Tokyo Olympics. India beat Russia, 7-1, in the second game of a qualifying game on Saturday. Earlier, the Indian women’s side secured their place as well after beating the US 6-5.

The Indian men’s side, who are world number 5, initially faced a setback. They were slow to start off but quickly recovered. They took a lead in the 23rd minute with a penalty corner.

India then kept the pressure on Russia, mounting a few attacks.

I can lie and say I was not worried at all with them up 1-nil. But the way the boys picked the ball up and threw it in, there was a good feeling about it. We just had to stay patient and they fought very hard. – Graham Reid, Chief Coach, Indian Men’s Hockey

In the end India proved why it deserved the rank of world number 5. Rupinder Pal Singh was the star player scoring off his first two attempts. “The sequence was not working yesterday. But today, things worked well. It took time for me to get my rhythm back as I was playing a competitive match after some time. When I scored my first goal, I was happy to get my rhythm back,” said Rupinder.

Chief Coach Reid now has nine months to plan for the Olympics.