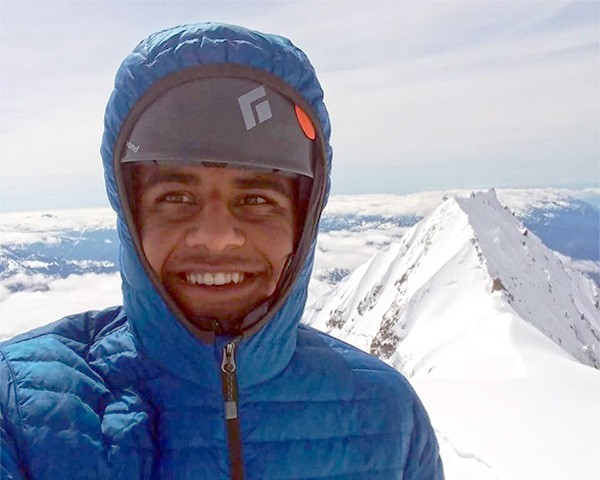 16 year old Gurbaz Singh from Surrey, who is of Indian origin, miraculously escaped after a 500 feet fall from the mountains. Singh and his friends were climbing the 11,240 feet Mount Hood in Oregon when the accident happened. It is the highest summit in coastal United States. Reportedly, Gurbaz was marking his 90th mountain climb with his friends. He is undergoing treatment for a broken leg at a hospital at Portland.

When rescuers found Gurbaz, he was stranded at a high elevation due to which it took a lot of time to take him out. Reportedly, Gurbaz tried to block his fall with his axe. But couldn’t do it because he was rolling very fast. Officials stated that Gurbaz’s escape is one of the most miraculous incidents. Gurbaz told CTN news, “We looked at my helmet afterwards and it was just destroyed. I’m so lucky”.

Mount Hood is one of the most popular trekking places in the United States. Almost 10,000 people visit the place every year. Many people took to social media to wish the teenager. “A 16-year-old fell 500 feet on Mt Hood today. He broke his femur, and will go into surgery in the morning. We spoke with Gurbaz Singh’s family this evening. They tell us the teen is in good spirits, and plans to climb the mountain again when he recovers”, tweeted Megan Allison.