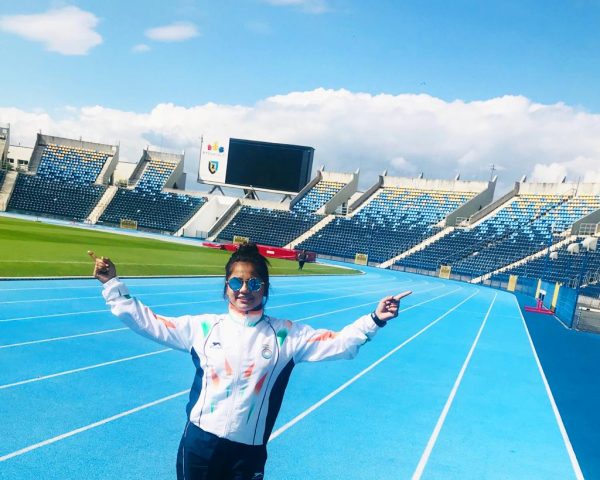 Bydgoszcz in Poland hosted the 2019 World Para Athletics Grand Prix. Indian para athletes gave their best shot at the tournament and made the country proud while facing extremely tough competition from parasports persons from across the globe.

Athlete Dolly Gola from Delhi was among the stars at the 2019 World Para Athletics Grand Prix. Dolly, who represented India in the discus throw and shot put events in the F-44 category, came second in her class.

23-year-old Dolly has won medals at several national and state level events, including a gold at the 18th National Para Athletics Championship in 2018.

I started playing in 2010 and since then I have been taking part in various events. For me it was a proud moment to represent India at the international level and compete with athletes from other countries. For years I was not able to take part in international events due to lack of funding however, finally my dream came true due to the Mission Excellency program of Delhi government. The athletes from Delhi were provided the financial help that enabled us to travel to Poland and showcase our talents.- Dolly Gola, Para athlete

Dolly is now focused on qualifying for the 2020 Paralympics in Japan and spends most of her time either at the gym or practicing at the stadium.

The Grand Prix events were held at the state of the art Zdzislaw Krzyszkowiak Stadium from 19 July to 21 July. Bydgoszcz was chosen as the venue for the major athletics event after Berlin, Germany withdrew its name due to technical reasons.

Para athletes Narayan Thakur and Vijay Gupta were there too. Narayan took part in the 100-meter race event and came third. He has won several accolades and was the first Indian to win a gold in the 100-meter athletics event at the Asian Para Games in Jakarta in 2018.

Narayan is paralysed on the left side due to hemiparesis. He comes from a financially weaker background and spent many years of his childhood in an orphanage. His passion for sports became his strength while growing up and hard work helped him excel despite many ups and downs.

Vijay Kumar is also from Delhi and made his debut in the international para sports this year. He took part in the 400 meter race in F-44 category and secured the third position.

“It was a great experience for me and I am happy that I won a medal at the international level. I am now focused on giving my best in the upcoming competitions,” he says.

Vijay Kumar is thrilled as he says he learned a lot through the experience. He is currently busy preparing for the 2019 World Para Athletics Championships that will be held in Dubai in November 2019 for which he has already qualified.