Inform States that disability certificates issued under Act prior to RPWD are still valid, Delhi Disabilities Commissioner to Centre 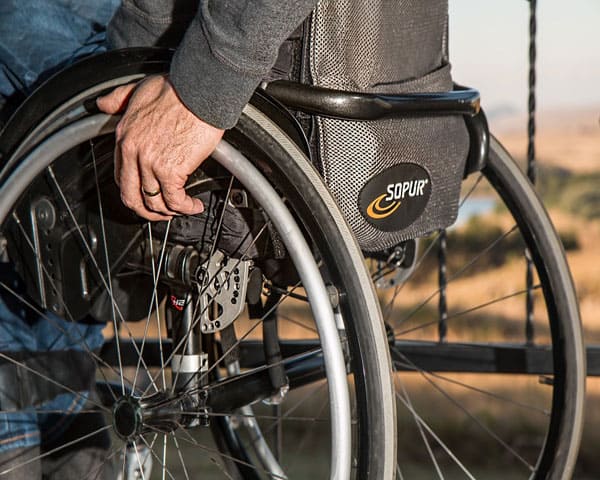 To avoid the inconvenience of undergoing disability certification tests again under the RPWD Act 2016, Delhi Disabilities Commissioner has asked the Department for Empowerment of Persons with Disabilities (DEPwD) and Ministry of Social Justice and Empowerment (MSJE) to issue a clarification to all states and union territories. This is to ensure that people with disabilities are not inconvenienced or deprived of their entitlements.

When Devesh Sharma, who has 40% vision, got his appointment letter for the post of Junior Judicial Assistant (Technical) in the disabled (Low Vision) category from the Delhi High Court, he was asked to get a fitness test done. Devesh had a disability certificate under the older Persons with Disabilities Act 1995.

Devesh’s appointment letter, however, did not mention his disability and the Ram Manohar Lohia Hospital (RMLH), Delhi assessed him as a general candidate. He was unfit with a visual disability of 30%. Devesh had earlier been medically examined by the Indian Railways and declared fit with his visual disability assessed at 40%.

Devesh complained to the Office of the State Commissioner for Persons with Disabilities, NCT of Delhiand the matter was taken up under the Rights of Persons with Disabilities (RPWD) Act, 2016. RML said that it relied on the website of the Department of Personnel and Training (DoPT), which is the Centre’s coordinating agency in recruitment matters.
The DoPT website states that a disabled candidate is eligible for reservation if the percentage of disability is 40%, when the latest guidelines after RPWD Act specify 30%.

Devesh was re-examined and found eligible and a new disability certificate was issued. Devesh, however, opted not to take up the Delhi High Court job. The matter could have ended there. However, Delhi Disabilities Commissioner T D Dhariyal told NewzHook that he decided to take it up to prevent other disabled candidates from undergoing the same hassle.

Devesh got his disability certificate before the new guidelines came into effect. The new guidelines under RPWD Act state a new definition of low vision, but that was not taken into account. I could have dropped the matter as Devesh had moved on, but I felt I should not hesitate in making the changes. – T D Dhariyal, Commissioner for Persons with Disabilities, Delhi


A clarification was also sought by senior authorities about whether people with visual impairments need to be re-examined before issuing the UDID card.

Section 56 of the RPWD Act, 2016 states, The Central Government shall notify guidelines for the purpose of assessing the extent of specified disability in a person. Guidelines for assessment of disability and certification after the 1995 Act were issued by the Centre. Guidelines for assessing the extent of specified disability under the new Act were notified by the Department for Empowerment of Persons with Disabilities (DEPwD) and the Ministry of Social Justice & Empowerment (MSJE) in 2018.

“Since the guidelines for certification were done over a period of two years, any person with disability in Delhi could be expected to get a disability certificate under the RPWD Act only after May 2019”, points out Mr Dhariyal. Given the likelihood that many people may have got assessed as per the old guidelines, he said it is “not reasonable” to re-assess a person certified under the previous Act.

Rule 20 of RPWD Rules 2017 states that the disability certificates issued under PwD Act, 1995 will continue to be valid even after the RPWD Act. “If a post is identified for a person with ‘low vision’, a person with lesser extent of disability cannot be declared as medically unfit, irrespective of whether the post is reserved or not. So, even if the complainant is tested to be having less than 40% visual impairment, as per the new guidelines, he cannot be declared medically unfit for the job. That would be absolutely illogical”, stated the Commissioner.

To avoid confusion and harassment, the Commissioner has recommended that the relevant government ministries issue a clarification to the administration in all the states and union territories. This is “so that persons with disabilities in such situations are not unnecessarily inconvenienced and /or deprived of their entitlements”.

The Secretary, Health and Family Welfare in the Government of Delhi has also been asked to issue a clarification to all the medical and certifying authorities in the national capital.

“The guidelines are varying across India and therefore why should a person with disability be affected?”, points out the Commissioner. “This way everyone should be made aware”.

Welcoming the direction Prashant Ranjan Verma, General Secretary, National Association for the Blind said Devesh’s situation is not unique. “Such problems are coming up often with regards to disability certificates. There are cases when organisations are not accepting documents in certain formats or details even though the RPWD Act clearly says they are valid. People are being forced to get new certificates or even told by employers to get disability certificates from hospitals of their choice. This leads to loss of jobs or needless anxiety. This direction is useful in this regard”.