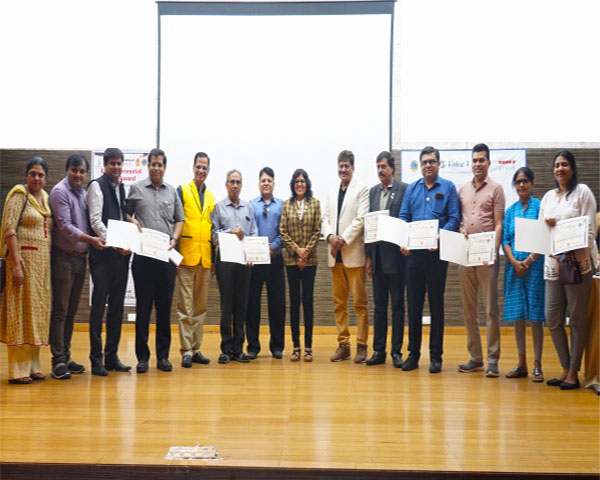 Mumbai-based NGO Voice Vision’s Entrepreneurial Idea Award for 2019 were announced this week. The aim of the awards is to encourage visually impaired with the view to enable the community to be job creators rather than job seekers.

With the aim to promote a sense of entrepreneurship among blind and low vision people, Mumbai-based NGO Voice Vision awards visually impaired people with a sound business idea or those looking to scale up an existing one. Called Entrepreneurial Idea Awards, the awards are given out in partnership with K J Somaiya Institute of Management Studies & Research (SIMSR) in Mumbai.

The idea, hopes Voice Vision founder Sushmeetha Bubna will encourage the visually community to become job creators rather than job seekers, taking them out of a dependency mindset. The awards are open to visually impaired people living anywhere in India. All they have to do is register their business ideas. They could be at any stage – an idea, a prototype or an existing business. Those shortlisted are mapped with MBA students at SIMSR. Later, they work closely with mentors, who train them in preparing a business model. Then comes the pitch for the final award.

The awards for 2019 saw 13 teams shortlisted, with the top award going to Mumbai law graduate Prathamesh Bendre. Prathamesh won ₹ 51,000 for his idea of Shayar Dost. This is a concept of personalised gifts based around poems, songs and letters.

Shayar Dost is a venture to create personalised content based on what the client needs. So, if you want a poem about a person you give certain phrases specific to that person or your experiences and we give that shape as a poem, letter, or a song. – Prathamesh Bendre, Winner, Entrepreneurial Idea Award 2019

Prathamesh has been designing such content for friends and relatives. Encouraged by the response, he wants to launch it commercially. “In the long term I hope to enter into a partnership with people who are making chocolates or making bouquets”.

The second prize of ₹ 31,000 went to Dipti Kale, who already has a successful business in Thane and wants to scale it up. “I am the proprietor of a salon called Sia Beauty Parlour and I want to introduce advanced machines. This way I can offer clients a greater range of services and treatments”.

Vijaykumar Kasivel won the third prise for his idea of a sensor that will help visually impaired people swim. “I have developed the prototype of a sensor called SwimBuddy that helps visually impaired people swim in a pool without banging into the sides of the pool. It also guides them to the opposite end of the poll independently. I like to swim but faced many difficulties due to my vision impairment. That made me work on this device”. Vijaykumar plans to use the ₹ 21,000 award to make the prototype.

A surprise seed funding was announced for Souravjeet Paswan from Patna who wants to expand his business of chemical-free housekeeping products.

Sushmeetha is delighted with the range of business ideas that were pitched and the response. “We had more than 20 applications which is quite amazing given that we were organising this after three years”. There were business ideas sent from across India. “We could align each participant with a mentor and the ideas people came with were really very good and varied”.