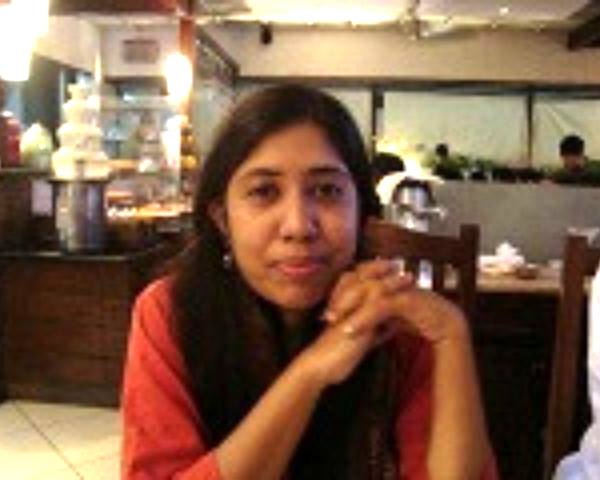 11 June is the birth anniversary of the late disability rights leader Javed Abidi. This piece has excerpts of a speech by Rama Krishnamachari, Founder of the Diversity and Equal Opportunity Centre (DEOC), where she remembers his legacy. Rama worked closely with Mr Abidi on several landmark initiatives until his death in 2018. These lines are from her words during the first webinar in the Know Your Rights Webinar Series.

Some of the things we see today – ramps in some public places, students with disabilities studying in regular schools/colleges, EVMs with Braille, etc., did not happen just like that. It required a lot of effort by several activists across the country who researched issues, mobilised people, influenced the media, even fasted unto death. There is, of course, still a long, long way to go. We could perhaps say that the foundation has been laid but the house still needs to be built.

I remember, Mr Javed Abidi asked in a meeting about four years ago, ‘What score will you give India in terms of development in the area of disability?’ Most of us gave only 1 or 2 out of 10 but let me tell you that this 1 or 2 was not easy to achieve.

Disabled was equal to ‘invalid’

There were some NGOs – special schools for blind, deaf, people with polio, but hardly any services for people with other disabilities. Different disability groups were at different levels. Blind people were comparatively ahead. As early as in the 70s, blind people realised the importance of advocacy and organised themselves as a federation, did dharnas, etc.

The approach most organisations in the 80s and 90s followed was medical. They provided services like education, physiotherapy, speech therapy etc., but there was no discussion about rights. Regular schools would not admit children with disabilities. Even if they gave admission, the onus was on parents to provide all the support.
Most organisations hardly had anything to offer in terms of employment. Many were also funded by the government so no question of advocacy, dharnas etc. Disability organisations did not come together to discuss issues.

The heads of most of organisations were people without disabilities so there was hardly any representation of this
population in the boards.

It was not an easy task to bring the rights-based approach in this context. It required persons like Mr. Javed Abidi and a few other disabled people who had the radical thinking and guts to challenge the status quo and question the government and even NGOs and to call spade a spade!

Birth of a cross disability movement

In 1994, Mr. Abidi was invited by American Centre in Delhi to a teleconference which brought together American and Indian leaders via satellite based on the book No Pity by Joseph E Shapiro which documented the American disability rights movement. After the conference, Indian leaders stayed back and got into a discussion. Mr Abidi asked, ‘why there is no cross-disability movement in India?’ That’s how the Disabled Rights Group (DRG) was established.

The DRG started working on a one-point agenda which was to get disability legislation passed in the country. DRG members started contacting MPs, the media and travelled across India meeting disability leaders to gather support. The Bill was tabled in Parliament in 1995. There was an impasse and just three days left for the session to end. Disability leaders were disheartened but Mr Abidi said we should make our voices heard, at least register our protest. Overnight people were mobilised, the media was contacted, and a protest rally organised. No one budged until Atal Bihari Vajpayee, then leader of the Opposition, agreed to meet them. The Opposition spoke to the government and on the last day Parliament was convened just to pass the Bill. The same day it was passed in both Houses and the Disability Act of 1995 became law of the land. It was a huge victory for the cross-disability rights movement in India.

It’s not like implementation started happening as soon as the Act was passed. Mr Abidi filed the first PIL against Indian Airlines in the Supreme Court which led to the court sending notices to the states asking about the measures taken to implement the Act. Many state officials were not even aware that there is a Disability Act and this notice initiated some action. The court gave a landmark judgment in favour and ordered all major airports to have ambu-lifts and aisle chairs.

Mr. Abidi systematically reached out to concerned apex bodies for employment and education opportunities. There was resistance from most places but as a result of sustained advocacy, industry chambers included disability in the social agenda. The University Grants Commission (UGC) formulated guidelines which provided for setting up equal opportunity offices. These guidelines were authored by Mr Abidi himself.

On political participation, he was clear that unless we show our strength as a vote bank, politicians will not be bothered about us. In the 2004 general election, a campaign was launched for access to polling booths. The Election Commission (EC) said it is cannot be done everywhere, and Mr Abidi started a fast unto death. His letter was turned into a PIL leading to the landmark order that all polling booths must be accessible and all EVMs must have Braille.

In 2009, the idea that India should demand a new disability law came up. The old Act was a welfare-based law, not a rights-based one. A delegation met with the then Minister of Social Justice who then set up a committee. The committee took five years to draft the Bill. It was sent to several ministries for feedback and was finally tabled in 2014. When it was made public it was a diluted version and the sector was divided. Finally, the Rights of Persons with Disabilities Act 2016 was passed in 2016.

What we have today, it is a great law if not the perfect one. It provides all rights to all people with disabilities, there’s a strong provision for non-discrimination on grounds of disability, timelines have been provided for accessibility, and one of the biggest game changers is the mandates for the private sector.

In 20 years, Mr Abidi took up innumerable issues. And suddenly on March 4, 2018, he passed away. Now it is up to all of us to take the movement from here.

Some learnings from Mr Abidi: