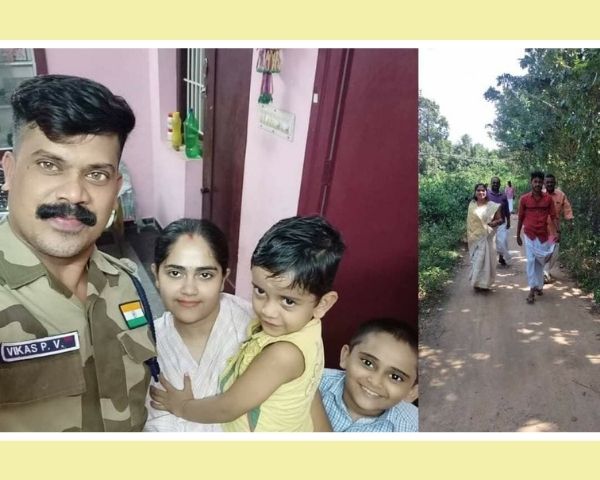 The Kerala local body elections are set to be held on 10 December. Jyothi, an amputee is contesting for BJP from a Panchayat in Palakkad district. Born and raised in Chhattisgarh, read on to know how Jyothi became a part of Kerala.

Kerala local body elections are round the corner. As candidates from various political parties and some on their own gear up to tempt fate on 10 December, Jyothi, an amputee is also in the race. There is an interesting love saga behind how Jyothi, born and raised in Chhattisgarh, is standing for Kerala elections. Her story was first shared by BJP Kerala state president K Surendran on his Twitter handle. Read on to know more.

A storyline straight out of a movie

The incident dates back to 3 January 2010. Jyothi was travelling in a bus from her college hostel. Vikas, a jawan who was sitting in the front seat was returning back to his camp in Dantewada after meeting his brother. Vikas fell asleep by placing his head on the window rails. That was when Jyothi noticed a truck speeding towards that side of the bus where Vikas was lying. Without second thoughts, Jyothi lunged forward and pushed him away from the window. Unfortunately, her right hand was severely impacted in the incident due to which she had to amputate it.

Her parents disowned her after the incident and Jyothi was forced to discontinue her B.Sc studies too. But love bloomed after the fateful accident. Vikas and Jyothi decided to get married a year after with whole-hearted support of his family. The couple are happily living together with their two children. Yes, Jyothi learnt Malayalam too!

Contesting for BJP from Palathully division of Kollangode block Panchayat in Palakkad, Jyothi has been getting a lot of love from voters. But her fate in politics can be decided only after results are out.

Details about this amputee candidate was first shared on Kerala state BJP president K Surendran’s Twitter handle. “Jyothi was born and brought up in Chattisgarh and contesting as @BJP4Keralam candidate from Kollamgode Block Panchayat in Palakkad district. She lost her right hand while saving the life of a CISF jawan, Sunil. Later they got married and she became the daughter-in-law of Kerala”, he tweeted along with a photo of Jyothi’s family.

Jyothi is an ardent fan of Narendra Modi due to which she decided to foray into politics. She is campaigning for her party by visiting houses covering her right side with a saree, the arm which was amputated.

The New Indian Express quoted her saying, “The BJP local committee requested me to contest and my in-laws and husband agreed. I had an affinity for the BJP while in Chhattisgarh itself and now I see that the party is gaining strength in Kerala also”.