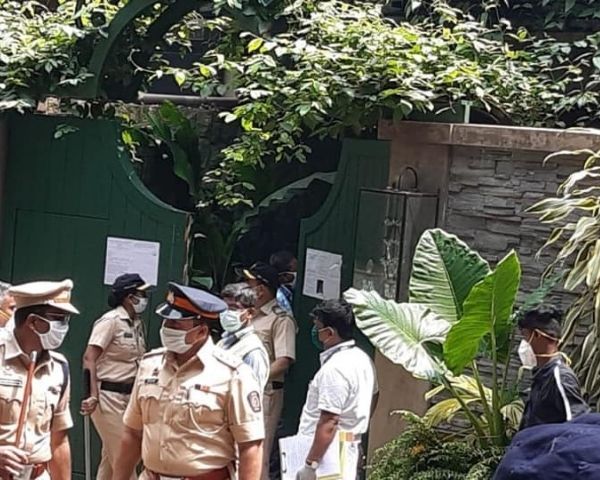 Shiv Sena ruling Mumbai government and Bollywood actor Kangana Ranaut have been engaging in a war of words over the past few days. Kangana criticized Mumbai police’s inability to crack Sushant Singh Rajput death case saying that she feels unsafe in the city. She even said that the city is a mini PoK. Kangana also criticized the Sena and Chief Minister Uddhav Thackery as well. On Wednesday, the Brihanmumbai Municipal Corporation (BMC) demolished a part of the actor’s office Manikarnika Films located at Khar in West Mumbai.

The BMC alleged structural violations in the building and also issued a notice to the actor 24 hours prior to the demolition that began yesterday. According to reports, Kangana was warned two years back about the illegal construction by BMC, but did not take any measures to detect it. She had also gone to the court asking for a relief.

The Bombay High Court on Wednesday ruled in favor of Kangana. The court served a notice to BMC over its demolition of structures of the actor’s office. The court stated that BMC’s actions were malafide and deplorable.

Posting videos of the demotion on her social media, Kangana tweeted, “There is no illegal construction in my house, also government has banned any demolitions in Covid till September 30, Bullywood watch now this is what Fascism looks like”.

Kangana, who was in her hometown at Himachal Pradesh flew to Mumbai on Wednesday. There was a huge gathering of Shiv Sena workers who thronged at the airport and they were seen with black flags raising slogans against the actor.

Kangana also said that she now understands the plight faced by Kashmiri pandits and will make a movie on that as well. She also lashed out at Uddhav Thackery in a video that was posted on her social media in which she said that his arrogance will crumble soon.