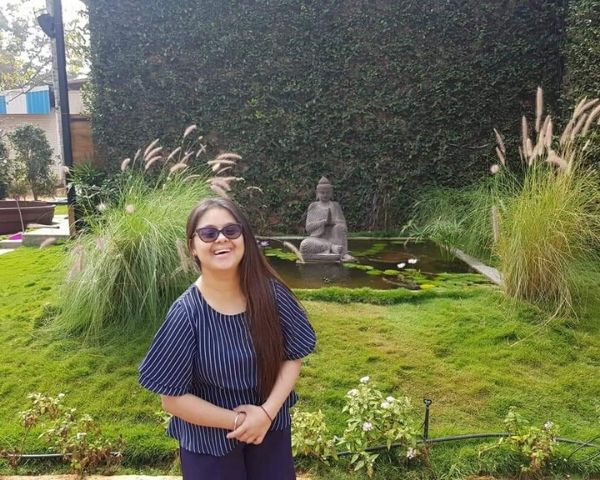 Today, in our series #CelebratingDownSyndrome, we feature 28 year old Karishma Kannan who was diagnosed with Down syndrome soon after birth. Karishma is a model, dancer and artist. She loves to experiment roles and is truly unstoppable.

“Nothing is impossible to a willing heart”, a quote by John Heywood, aptly sums up the interesting journey of 28 year old Karishma Kannan. This youngster, who was diagnosed with Down syndrome soon after birth, has tried her hands in everything that interests her. Karishma was also a speaker at the United Nation in Geneva on 21 March 2019 on the occasion of World Down Syndrome Day. A model, dancer, artist, Karishma is truly unstoppable.

Karishma’s mother Kalpana Kannan was a successful entrepreneur when Karishma was born. Like every other new parents, Kalpana and her husband were excited. Soon after her birth, even the gynecologist couldn’t identify her disability. But Kalpana started noticing some weaker movements in her first-born. During the fourth month, a doctor whom they consulted asked Kalpana to get a test done for Down syndrome for Karishma.

We were living in Chennai during that time. We moved from pillar to post to get the tests done. Finally, she was diagnosed with Down syndrome. I decided to take a break from work to be with her since it was Karishma’s growing up years. As parents, we were determined to give her the best. We put all our energy and efforts on her. It was Dr Rekha Ramachandan of Down Syndrome Federation of India who supported and guided us through the right path- Kalpana Kannan, Karishma’s mother

.
Karishma was introduced to early intervention, physiotherapy and other home-based programs. Even Kalpana attended all the sessions regularly so that she could reach out to her daughter.

Karishma’s family had to move cities owing to her father’s job. But that did not stop her from chasing her passion. Her parents and younger sister Kajal Kannan are her biggest supporters.

Karishma attended a Montessori school in Chennai at the age of three and later moved to an integrated school named Srishti Special Academy in Bengaluru which changed her life forever. “At Srishti, she was trained in social and cognitive skills. Since they worked in smaller groups depending on the skills of the child, it was easier. They also did a lot of practical activities that helped Karishma”, says Kalpana.

Karishma’s family later moved to Vietnam where she struggled to find an international special school. So she was mostly home-schooled. During that time, she was introduced to painting by a British lady who saw her talents beyond her disability. Ever since then, there has been no turning back for Karishma. Today, this youngster has over 300 art-works to her credit. She has also conducted many exhibitions across the world. Her exhibitions and auctions have raised over 75,000 US Dollars which has been given for charity work including infant heart surgeries and special education.

Karishma is also a certified Yoga teacher from J-Yoga College of Yoga. This youngster has now set up her own art studio and recreation center Studio 21 UPfor youngsters with Down syndrome.

She has modelled at various events including the latest fashion show held by NGO Aasman Foundation at Bengaluru in February.

With a determined mind and head held high, Karishma proves that nothing is impossible. “Believe in yourself. I can, you can, we all can”, says Karishma with a smile.