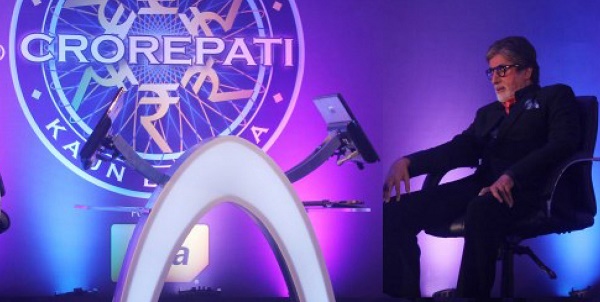 One of the most popular reality TV show in India, Kaun Banega Crorepati – KBC will soon go off air.

The show is currently in its season 11 and is hosted by senior actor Amitabh Bachchan. As per reports, the last episode of the show will be on 29 November and will be dedicated to women

The episode will feature Sudha Murthy who became the first female engineer at TATA Engineering and Locomotive Company and is also the wife of Infosys co-founder Narayan Murthy.

Siddhartha Basu, the producer of the show, took to Twitter and wrote,” “One last day of shoot remains, to wrap up another successful season. Hopefully to be followed by enough rest, repose & repair.”

The show was first telecast in July 2000 and became an instant hit across India. Participants are selected to sit on a hot seat and are required to answer a series of multiple-choice questions.

The current season has a maximum prize of 7 crores up for win and so far four contestants have won Rs 1 crore each.

Jasmine Jani tweeted,” Thanks for an amazing season of KBC. Thanks for each and every Karamveer. They always remind us to do more for the society. Congratulations to you, @SrBachchan Ji , @SonyTV and the entire team of KBC. It’s the hard work of lots of people behind the scene too to make it successful.”

“Thank you for the marvellous Iconic Show. It is very difficult to bid good bye to such a show of high intense, popularity & passion..All the #Karamveer episodes were great eye openers & inspiring. Congratulations to you”, tweeted Sunetra GangulyEF