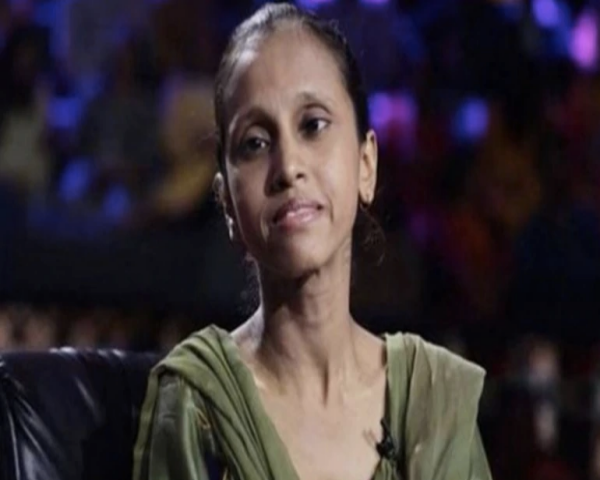 Noopur Singh is the talk of her village after she won ₹ 12.5 lakh at the well-known game show Kaun Banega Crorepati hosted by superstar Amitabh Bachchan. What’s also come in for praise is KBC’s approach towards disability on the show.

Kaun Banega Crorepati winner Noopur Singh’s journey is straight out of a movie. Declared dead at birth, she was thrown into the garbage by doctors at a Kanpur hospital. A family member was alert and saw signs of life in the new-born, saving her from certain death. But the negligence in the crucial early stages led to Noopur becoming physically disabled.

Today this 29-year-old is a household name after walking away with ₹12.5 lakh at the well-known game show hosted by superstar Amitabh Bachchan. Noopur answered 12 questions correctly, just three questions short of winning the prize of ₹ 7 crore. Her poise and quiet confidence left every viewer impressed.

A diehard KBC fan, Noopur would watch every show, answering the questions correctly before the contestants. “When this season began, we asked her to apply and she was selected”, said her mother Kalpana Singh to the media. “Our happiness knew no bounds when she ended up winning Rs 12.5 lakh”.

Back home in Bighapur in Unnao district, Uttar Pradesh, Noopur is savouring the victory. She lives here with her parents and teaches children at a play group and educates Class 10 students for free. She has become a star with neighbours lining up to catch a glimpse of the girl who kept her cool in the presence of a legendary superstar and walked away with such a grand prize. It was only after the KBC team landed in the village to shoot a promo video with Noopur that her neighbours found out about her win.

Far away in Karnal, Haryana, Noopur has a fan in innovator Dr Riitesh Sinha. “Noopur has shown that a person with cerebral palsy is a Capable Person. She has proved two dimensions of life. Firstly that. if a person is physically challenged, it is only a small part of life. And secondly , if a person with physical disability has strong will power and is academically strong can conquer the world”.

What’s also come in for praise is the manner in which KBC handled Noopur’s disability.

Most of these reality-based shows make disability a very emotional affair and don’t see the person with disability normally. The point is that we are as intelligent as anyone else and deserve to be on that hotseat. What I like about KBC is that there was no hype and Noopur’s presence there was treated as something perfectly natural. – Jasmina Khanna, Systems Engineer

Jasmina is also impressed with Mr Bachchan’s attitude. “He used the correct words and said the right things and that makes such a difference. It shows that he is aware of what disability is about”.

The biggest takeaway for Jasmina is that Noopur is from rural India. “That a girl with disability from rural India made it to the hotseat of India’s biggest show is a big thing because there’s not much awareness still in these places. Despite that she got an education and made it this far. To me, that is the bigger triumph”.