Kerala to ban single use plastic 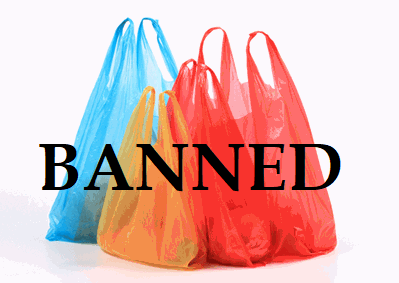 Plastic is undoubtedly one of the biggest threats to our environment. It pollutes the environment, kills life inside oceans and stays on earth’s surface forever causing various hazards. Kerala government is stepping up to do their bit to protect the environment. Officials announced that the state will ban single use plastic products from 1 January 2020. The decision that was taken in the state cabinet meeting received a lot of applause from social media users. “Appreciating the Kerala Govt’s initiate to ban single use plastic from Jan-2020. India and all the countries should follow this. Hope this initiate will become a great success. The govt has done it’s duty, now its our duty to implement. #kerala”, tweeted Bashidh Basheer.

Reportedly, the stat government appointed committee did a detailed study before getting this approved. Plastic covers, single time use plastic cups, plastic sheets, plastic spoons and forks are some of the items that will be banned. The government has stated that strict action will be taken against those who violate the rules. It will cost a person Rs 10,000 and the fine will be raised if the person is found to have committing the offence again.

The state government added that shopkeepers and entrepreneurs will be closely monitored from 1 January. But this is not the first time the state is introducing something like this. Ban of single use plastic was started a few years back, but failed. The ban on single use plastic has been introduced previously in many other states as well. But it never took off. “Please let this be true”, posted Rohini Oberoi whereas another Facebook user Babitha Justin Parasuraman posted, “Great News”, after sharing the news.