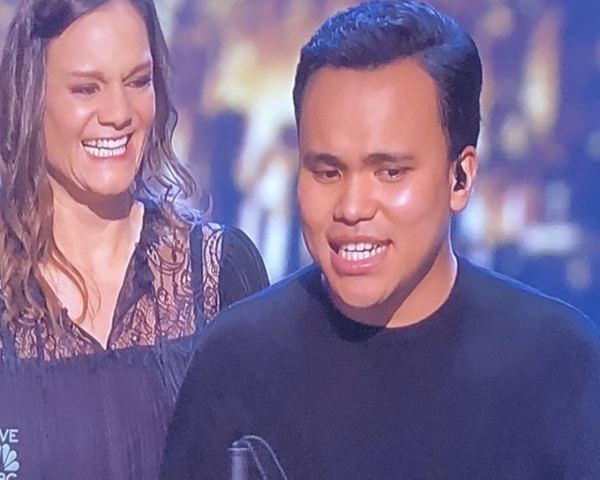 Kodi Lee has been crowned winner of Season 14 of the prestigious show America’s Got Talent. Kodi, who is blind and has autism, faced tough competition to walk away with the $1 million award.

Twenty-two year oldKodi Lee from California won judges and audiences over at the well-known American musical reality TV show America’s Got Talent with his rendition of Donny Hathaway’s “A Song for You.” The performance won Kodi top honours for 2019

Kodi, who is visually impaired, was born with optic nerve hypoplasia and diagnosed with autism when he was four years old. Through the show, he brought viewers to tears with his songs.

Speaking to NBC News before the final, Kodi expressed his happiness. “This entire journey has helped me with communication, and no matter what happens I’m so thankful for the love and opportunity”.

Kodi’s mother Tina Lee told PEOPLE magazine, “I feel relieved I’m not the only one who’s seen this extraordinary ability. He’s got a real talent, and I’ve always known he’s this real talent.”

Tina says she discovered Kodi’s love for music early on. “He listened and his eyes just went huge, and he started singing, that’s when I was in tears. I realized he’s an entertainer. Through music and performing, he was able to withstand living in this world because when you’re autistic, it’s really hard to do what everybody else does. It actually has saved his life playing music.”

Kodi, who is a singer and songwriter, beat nine other finalists to walk away with the crown of 2019 “America’s Got Talent” champion.
He also has Addison’s Disease, a life-threatening disorder that can be fatal if not monitored at all times. He taught himself to play the piano and has been performing around the world for many years. He performs locally at restaurants and music events as well.
His musical repertoire ranges from rock to jazz, and classics such as Bach, Chopin, Mozart and others.

American actress and singer Holly Robinson Peete said, “I am SO proud of this young man who felt like family the first time I saw him. What a beautiful human being and we are all so blessed to witness and cherish his talent. He’s a game changer!! “

The show this year saw a number of other contestants with disabilities too. Like Ryan Niemiller, who was born with a limb difference in his arms. A comedian, he wants to be a voice for other people with limb difference.

This year’s event also saw a dance troupe based in India taking part called Unbeatable founded by Vikas and Om Prakash. One of the founders, Vikas, passed away in an accident but the group has carried on.