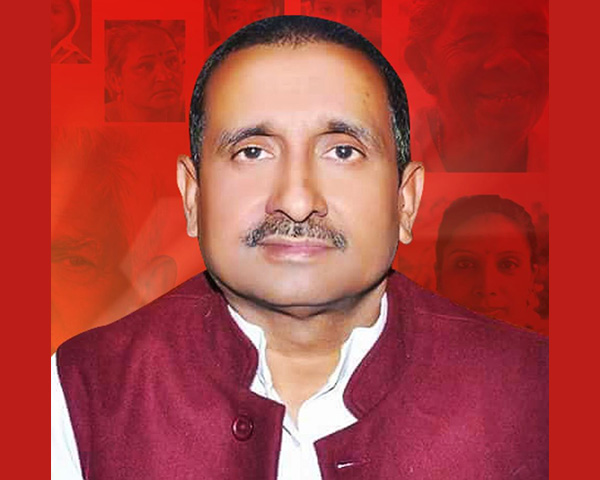 The judge found Sengar guilty of kidnapping and raping the girl in Uttar Pradesh’s Unnao in 2017 while she was a minor. Bharatiya Janata Party had expelled the four-time BJP MLA Sengar last year from the party.

The court said that since Sengar is a powerful person and the victim, a village girl, was being intimidated by him, it led to the delay in filing the case.

The court pointed out that the case “epitomizes the fear ingrained in the mind of young girl in [the] countryside or elsewhere against reporting the issues of sexual assault by powerful adults.”

Shashi Singh who was accused of taking the rape survivor to Kuldeep Singh Sengar’s house was acquitted by the court.

Sengar’s lawyers have said that they will appeal against the verdict at higher courts. The punishment for Sengar will be announced by the court today.

Reacting to the verdict Delhi Chief Minister Arvind Kejriwal  tweeted, “BJP MLA Kuldeep Sengar was found guilty on the day of the completion of seven years of the Nirbhaya rape case. Due to the strict monitoring of the Supreme Court, a powerful leader will now have to face the punishment of his actions. I hope there will no longer be any attempts to save Senger.”

The rape survivor woman and her family went through an extremely tough time before her complaint against Sengar was taken up seriously and her father died in police custody. In August this year, the woman was severely injured after the car in which she was travelling was hit by a truck. Sengar was blamed for the accident but was later found not guilty by the CBI.